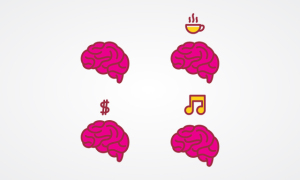 It might not explain why your significant other forgot Valentine’s Day this year, but researchers using MR have found that people are better at remembering things associated with rewards, and end up “replaying” those memories even when they're not actively recalling them.

The results of the study, published earlier this month in the journal Neuron, may help clinicians better understand how memory works in the brain, the researchers said.

Scientists at the University of California, Davis, Center for Neuroscience asked study participants a series of simple yes-or-no questions about objects — for example, “Do these objects weigh more than a basketball?” — and also showed them pictures of the objects. The researchers associated the questions with monetary rewards, promising the volunteers small or large amounts of money for answering correctly.

During both the question-and-answer sessions and during a resting period afterward, researchers scanned the volunteers’ brains using MRI, measuring the interactions between the hippocampus and the substantia nigra/ventral tegmental area complex. Then, once outside the scanner, the volunteers were surprised with a memory test on the objects shown to them earlier.

Researchers found that participants were better at remembering objects associated with a higher reward, and also more easily recalled the images shown to them for the higher-reward objects.

They also found that the participants’ brain activity during the rest period was similar to what it was when they were given the questions associated with larger rewards. Those who “replayed” these memories also did better on the test.

The results fill a gap in understanding how memory works in the brain, said Charan Ranganath, a UC Davis neuroscientist and senior author of the study.

“We already know that most of the information we learn in a given day will be lost,” Ranganath told HCB News via email. “Memory researchers believe that the memories that stick around undergo a biological process called ‘consolidation'. Studies in animals suggest that, during rest or sleep, some memories from the day are reactivated, or ‘replayed,’ by the hippocampus."

“The results lead us to believe that consolidation is a mechanism that is used by the brain to prioritize memories that are likely to be useful to us later on — for example, by helping you obtain rewards in the future,” Ranganath continued.

“In the clinic and in most research studies, we tend to measure memory for boring material, but in the real world, we are exposed to information that is important and information that is relatively unimportant,” Ranganath said. “Our results suggest that doctors and researchers might be missing a critical element of patients' memory problems in real life.”