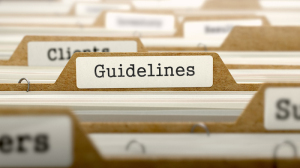 A recent survey uncovered that 64 percent of 2,221 physicians in the U.S. think that guidelines for colorectal cancer screening should be changed to a lower age. Most of them agreed that 40 would be a more appropriate age.

The U.S. Preventive Services Task Force (USPSTF) recommends screening to begin at age 50 years and continue to until age 75 years. According to the Surveillance, Epidemiology, and End Results (SEER) database, about 12 to 13 percent of colorectal cancer deaths occur in people under the age of 54.

"Screening for colon cancer would have to be very inexpensive, easy for the patient, and widely available for the USPSTF to change their recommendation, due to the cost and relative low incidence of disease in this age group," Dr. Laura Allen, an oncologist and SERMO member, told HCB News.

The survey was conducted in response to a recent study published in the journal Cancer Medicine that found that almost 15 percent of patients with colorectal cancer are diagnosed before age 50. Another analysis that was published in Cancer also found that younger patients were more likely to have advanced stage cancer.

The survey was conducted by SERMO, which is a social network for physicians as well as a health care professional polling company. A pain medicine specialist who uses the network wrote a comment about his being diagnosed with colorectal cancer at age 46, despite not having any risk factors.

"While I was waiting in the CT waiting area I noticed a lot of people in their early 40s without any family history talking about their unexpected diagnosis," he added.

Another survey that included 1,419 of the physicians found that 56 percent of them think that higher prevalence of obesity and diabetes are the reason for colorectal cancer becoming more widespread among young adults.

Many of those who are 50 years or over are still not getting screened even though it is recommended. The Centers for Disease Control and Prevention found that in 2013 60 percent of white, 58 percent of African American, 51 percent of Asian, and 42 percent of Hispanic patients between the ages 50 and 75 were up-to-date on screening.

Allen thinks that lack of insurance coverage, fear of the procedure and of finding cancer, and dread because of the bowel preparation are the most common reasons that those patients don't get screened.

Most of the physicians surveyed believe that noninvasive colonoscopy alternatives can increase the rate of colorectal cancer screening. But physicians are more confident in using computer tomography colonography (CTC) than Cologuard, which is a DNA screening test for colorectal cancer that was FDA approved last year.

The survey found that 68 percent of the physicians think CTC should be covered by Medicare, and if it is, then 76 percent think that will increase screening rates. When it comes to Cologuard, 53 percent of them said they would not recommend it as a primary colorectal cancer screening test.