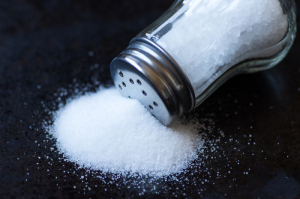 Researchers at the University of Nottingham (UN) in the UK have commenced a study to determine if naturally occurring salt can give more detailed images of tissue health and disease. The study announcement comes on the heels of stepped-up research in three other countries, as reported by HCB News earlier this month, evaluating the use of sugar as a naturally occurring MR tumor contrast agent.

“We (the research team) are all very excited about it,” Dr. Galina Pavlovskaya, transitional researcher at the UN School of Medicine told HCB News. She said the challenge will be to optimize the sensors. “We have less sodium in our bodies compared to water, therefore one needs more advanced MR technology to record a sodium image of formative quality.”

Pavlovskaya said that the study would focus on the kidney. She explained that they expect that the naturally evaluated sodium level in the kidney will yield the best results for research purposes. Also, because the team has access to a patient pool with various kidney disorders that have already been scanned using regular MR, they will have a comparative sample.

The team believes, however, that there are other practical diagnostic and monitoring applications that may be derived from salt imaging.

“Sodium management is important in health and disease,” Pavlovskaya said. “The contrast in the sodium image is directly correlated to the sodium concentration and how sodium ions move in various tissues. Both are governed by body physiology, thus sodium contrast has a high potential to inform about mechanisms of diseases, [such as] hypertension [and] muscular-skeletal disorders.”

She added that using a naturally occurring substance is not only important for the diagnosis and research, but also in monitoring efficacy of medication and stratified medicine. The researchers studying sugar contrasts (which would be introduced into the body, unlike the salt study) also spoke of patient acceptance in using a naturally occurring contrast agent. Other agents, such the gadolinium, are man-made and raise concerns – also reported by HCB News – of possible toxic side effects.

UN received a nearly $1.5 million grant to fund the study and is kicking in more than half a million of its own funds, in addition. One of the reasons UN was selected is because of its array of high and ultra-high magnetic field scanners. With the funding, the team plans to develop special sodium coils specifically tuned to the resonant frequency of sodium ions for 3T and 7T magnetic field scanners.

“Sodium MR is a novel and undeveloped technology, which has huge potential for the health care of the future. The reward (of the research) is the additional functional information that is not available from regular MR.”

The study will end in 2018 with a planned worldwide Sodium MR conference for the MR research and clinical community.