PTSD patients embrace medical marijuana — but does it really help? 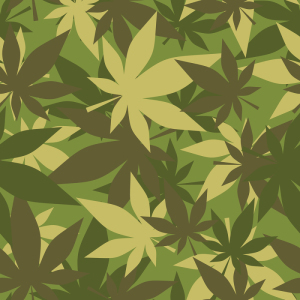 Does marijuana resolve PTSD
or temporarily camouflage it?
For some vets with PTSD pot is a gift from God. For others, however, it is a curse from the devil. Now their stories are fueling the raging debate over making post-traumatic stress disorder an indication for prescribing marijuana that's sweeping through states — despite the fact that the Department of Veterans Affairs claims no major studies have yet to show it is effective against PTSD.

"Cannabis helped me get out of the hole I was in. I started to talk to people and get over my social anxiety," Mike Whiter, a 39 year old former marine, told AP.

But pot was allegedly the final straw for Iraqi vet Andy Zorn. His mother, Sally Schindel, reported that the VA added marijuana dependence, depression, and bipolar disorder, to his PTSD diagnosis. After his suicide in 2014, he left a note stating that "marijuana killed my soul & ruined my brain."

Pot's illegality has created a research Catch-22, but that is changing. Thanks to legalization in Colorado, studies evaluating the value of marijuana are beginning to gain momentum. "There surely is not enough scientific evidence to say marijuana helps PTSD," Colorado-study leader Marcel Bonn-Miller told the news service. "But we'll get a heck of a lot closer to getting to know the answer in two to three years."

“We hope the studies will contribute to the scientific research available about the use of marijuana in effectively treating various medical conditions,” stated Larry Wolk, the executive director of the state health department, according to the Cannabist.

Such studies have gotten researchers into political hot water in some states, such as Arizona. Researcher Sue Sisley described her six months there in 2014 as a "pretty barbaric rollercoaster," according to Westword. "One injustice after another, and I suspect it will not slow down for quite a while." She later moved to Colorado after winning a grant to study pot's usefulness against PTSD.

At present over 10 states have OK'd PTSD as a diagnosis for prescribing medical marijuana or are giving doctors enough discretion to prescribe it for the disorder. In addition, new rulings are pending in Georgia, Illinois, New Hampshire, New Jersey, Pennsylvania, Rhode Island and Utah, according to AP.
1(current)
2