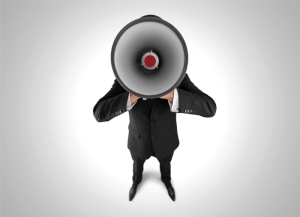 The FDA needs to conduct more studies evaluating the adverse health effects of gadolinium exposure and the scientific community has to work on developing treatments for gadolinium toxicity, according to a literature review published yesterday in the Springer journal, BioMetals.

“Unfortunately we don't yet know of any test that can be used to determine the level of toxicity that may result from gadolinium exposure,” Moshe Rogosnitzky, lead author of the article, told HCB News. “Some of the studies we reviewed did show a higher risk of accumulation in patients with elevated zinc levels, through a process known as transmetallation.”

Researchers from MedInsight Research Institute and Israel’s Ariel University reviewed various studies and didn’t find any drugs that were shown to be effective at rapidly removing gadolinium from a patient’s body.

One of the studies revealed that it may take up to 156 years to remove gadolinium stored inside the body using a certain drug. Rogosnitzky thinks that the existing drugs that are used for other metal toxicities should be evaluated to determine if they can be used to detect gadolinium accumulation.

Rogosnitzky and his colleagues have observed elevated gadolinium levels in the blood or urine of patients many months after they underwent MR scans with gadolinium-based contrast agents (GBCAs). In July 2015, the FDA announced that it was evaluating the risk of brain-deposits in patients who undergo repeated exposure to GBCAs.

In order to make it a standard practice to measure gadolinium toxicity, Rogosnitzky thinks that a retrospective study needs to be conducted. The study should measure blood or urine levels of gadolinium in patients without kidney diseases who have undergone MR using GBCAs in the past six months, according to the review.

“This test is available at several labs including the Mayo Clinic,” Rogosnitzky said. “We should then try to correlate the gadolinium levels with any new symptoms these patients may have developed in recent months.”

Dr. Emanuel Kanal, an expert on gadolinium and MR safety, and a professor of radiology and the director of MR services at the University of Pittsburgh Medical Center, recently told HCB News that there is probably no agent completely immune to having some retention in the body.

“But there are significant differences in the amount or rate that they accumulate in a human after a certain number of doses of these agents," Kanal added, while also emphasizing that we still have no scientific evidence regarding the medical consequences of accumulation.
1(current)
2