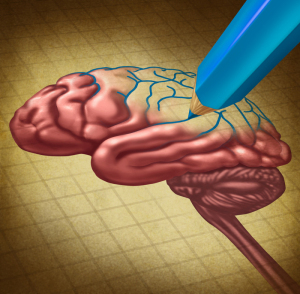 Researchers at The Rockefeller University in New York City have identified an early step in the production of beta-amyloid and shown how manipulating it can decrease the development of amyloid plaques and improve memory in cases of Alzheimer's disease.

Two studies, both published this week in the journal Proceedings of the National Academy of Sciences, illustrate the discovery of the pathway and look at the effects of altering the pathway on mouse models of Alzheimer's.

Led by Dr. Marc Flajolet of The Fisher Center for Alzheimer's Research, the researchers found that a system called COPI affects the production of amyloid precursor protein (APP). Slowing down the process led to a decrease in amyloid plaques. The mice with reduced COPI activity also showed some improvement on memory tests.

"We increased and decreased the amount of different constitutes involved," Flajolet told HCB News. "When we were reducing and slowing down this retrograde transport, we had less production of this toxic peptide."

The researchers also collaborated with Rudolph Tanzi, who discovered genes responsible for Alzheimer's disease, to see if there was any association with the COPI complex. Flajolet said they found in several COPI genes several markers and mutations associated with Alzheimer's disease.

Flajolet said the study was somewhat similar to research published last year in Nature Medicine that focused on levels of a protein called WAVE1, which is important in the production of beta-amyloid. The scientists in the previous study reduced WAVE1 gene expression in mice, decreasing their beta-amyloid levels and creating better performance on memory tests.

According to Flajolet, the previous study looked at a much further point in the process of amyloid production. "Until now, most of the studies were targeting the very last effects of the process," Flajolet said. "We decided maybe we should look earlier in the process."

The work was funded by the Fisher Center for Alzheimer’s Research Foundation, which supports a team of more than 50 scientists at Rockefeller University led by Dr. Paul Greengard, who was awarded the Nobel Prize in Physiology or Medicine in 2000.

“These findings are significant, as they provide further explanation of the creation of amyloid plaques, a primary symptom of the disease, and that the manipulation of this pathway leads to improvement of some memory impairments, which can lead to future Alzheimer’s treatments that slow the progression of the disease,” said Greengard in a statement.

While scientists have started to look beyond the accumulation of amyloid plaques in the brain as the cause of Alzheimer's, Flajolet said his group's findings could be important to ongoing research.

"We hope that this is not only helpful for beta-amyloid plaque, but also other issues that are part of the same trafficking problem, Flajolet said.