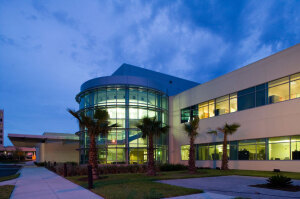 Treatment can significantly
reduce dose to heart
and lung tissue
Proton therapy provides an effective radiation dose to a specific region of the breast while reducing dose to healthy lung and heart tissue, a new study has found.

“Our hypothesis was that proton therapy would have a larger impact for patients with left sided breast cancer,” Bradley told HCB News. “When we treat the left breast with traditional radiation, it’s much harder to avoid the heart since the heart is more off to the left. We were really trying to understand who would benefit the most with proton therapy.”

The results showed that heart dose was reduced from approximately 6 gray to 0.6 gray, and lung dose on average was decreased by about half.

“There is really no traditional radiation technique that could get that heart dose to less than one gray when treating those internal mammary nodes since they literally sit right above the heart,” said Bradley.

In the study, another focus was on determining acute toxicity, or side effects, that patients had during treatment, and in the first three months following treatment. The study showed that the researchers had no trouble with delivery, set up, reproducibility of the radiation or the technical delivery of the radiation.

The reason for the added redness, according to Bradley, is that proton therapy interacts with the skin a bit differently than conventional photons, so when the target being treated is right underneath the skin’s surface, it deposits a slightly higher dose to the exterior.

“Overall, the rate was comparable and everyone healed extremely well. There were no long-term complications with skin healing, or prolonged skin reactions that didn’t heal in the expected time frame,” she said.

Bradley hopes for proton therapy to someday become the standard of care for treating breast cancer, especially for those with left-sided breast cancer. Also she thinks that women who have had prior lung or heart problems can benefit greatly from proton therapy use.