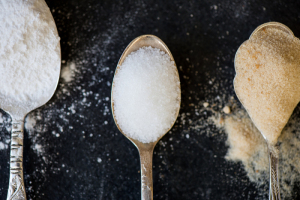 A collaborative project to study the use of a simple sugar and MR for cancer detection is underway in Europe.

Currently, clinicians use fluorodeoxyglucose (FDG) PET, which employs radioactive glucose, to detect glucose uptake and metabolism in tumors and determine whether cancer treatment is working.

“What we hope to do with the technology developed through GLINT is to establish an MRI method that would not use any ionizing radiation,” Xavier Golay, a professor at University College London who developed the GlucoCEST method and is serving as scientific coordinator of the GLINT project, told HCB News. “This would allow patients to have several exams within days of each other to assess whether the treatment is working.”

Golay says the method has the potential to be particularly beneficial for monitoring pediatric lymphomas, a type of cancer that has a very high metabolism and requires years of monitoring. The EU program will also allow for exploring the imaging method with primary brain cancer and head and neck carcinoma.

The research will be conducted at both the preclinical and clinical levels. It will include the development of MR technology using native glucose, which will be tested in patients starting this summer at University College London and the Max Planck Institute for Biological Cybernetics in Tübingen, Germany.

The research will also include the development of a glucose analog that is being produced following the rules of good medical practice, and a toxicology study will be done in order to bring the glucose analog to phase 1 clinical trials, Golay said.

The main goal is to develop a method that will allow for assessment of the complete glucose metabolism, in this case combining imaging of native and methylated glucose within the tumor, instead of allowing for small quantities of a tracer to get trapped intracellularly, as it does with FDG PET, Golay said.

“The final vision would be to combine both in patients,” Golay said. “The difference in the signal should give you some information on the metabolic rate of glucose within humans at a higher resolution than PET.”

Aside from University College London and the Max Planck Society, other participating facilities include Tel Aviv University in Israel, the University of Torino in Italy, the University of Zurich in Switzerland, Olea Medical of France, Bracco Imaging of Italy and the European Institute for Biomedical Imaging Research in Austria.