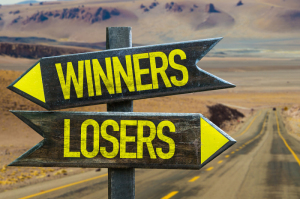 A number of people called me about the decision on the part of GE Healthcare to enforce the licenses on certain optional software programs.

If you are not familiar with this issue let me explain.

When GE sells a CT or MR it comes equipped with basic operating software. Customers can also purchase optional software that allows the scanner to do more.

GE has made the decision that going forward, they are going to enforce the license restriction and no longer allow optional software to be used by subsequent owners/operators of the system unless the next user pays for the license.

A lot of people are upset about this.

I did my own back of the napkin analysis to see who the winners and losers would be.

Current owners
On the surface, it will seem as though the current owners of imaging systems will suffer because it is a little bit harder to resell the systems that are not packaged with all of the software options.

I suspect that if the owner/operator takes the time to sell their system in the open market, they probably will generate a few dollars less without the optional software but in the big picture, the difference will be nominal. It is more important to the operators to get the new machine and continue to scan patients and provide health care than to make any extra money on their systems.

Also, I suspect that the impact on trade-in values, when buying a new system, will be negligible because it is my belief that the biggest chunk of a trade-in value comes not from the value of the unit being traded but from the margin on the new system being purchased.

Therefore, it is my prediction that health care providers will only be modestly impacted.

Leasing companies will probably suffer but I believe there are fewer FMV leases than in the past.

General Electric
GE will probably benefit because GE is in a better position now to offer a trade in and it makes the GE Gold Seal Product more valuable. It also makes GE more competitive.
1(current)
2