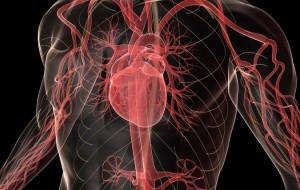 Sometimes all you really need is a CT scan of the heart – and thanks to a novel scanner from an Israeli company, you may soon be able to get exactly that.

The scanner will allow “a high performance, cardiovascular-dedicated CT, which provides a complete cardiac imaging solution at a lower cost and higher performance than conventional whole-body CT equipment,” according to a company statement.

The machine's “proprietary design” is “radically different from the design of the general purpose multi-slice CT scanners,” noted the company, adding that it was conceived “in close cooperation with cardiologists for cardiologists.”

Arineta cofounder and CEO Dr. Ehud Dafni is not a newcomer to CT-design invention, he told Israeli financial news daily Globes. “The last real revolution in CT was when a scanner was developed with two slices at Elscint 24 years ago. It happens to be my invention and that of David Ruimi, who is working with us now. That's the basis for every CT with slices there is today, up to 360 slices. At Arineta, we're not doing what everyone else does; we use multiple sources of radiation. We have only two right now, but we're developing a new generation of multiple sources, [among] the entire imaging industry."

Arineta's scanner does 3-D mapping of the heart and blood vessels to diagnose heart attacks in real time. Today CT is not the diagnostic tool of choice for those patients because it is too costly, has a relatively high radiation exposure and is relatively inaccurate because the heart is moving too much, according to Dafni.

Arineta's scanner images the heart in one sixth of a second – fast enough to get a clean image. It emits radiation in two directions at once, focused only on the heart and then uses proprietary computations to create a accurate 3-D picture, according to Globes.

Investors, mainly private ones, have put $13.5 million into the firm since it began in 2006, according to the Israeli financial business site. Beyond the private money, the firm had also previously inked a strategic agreement with CT giant GE Healthcare, although the deal does not include an option to buy.

"We are not interested in being acquired right now, but we are interested in an investment for production and support for marketing," Dafni told Globes, adding that the FDA approval “is a milestone for the company. The U.S. is the first market we're aiming at, and you can't market the device, or even offer marketing material to doctors, before you get approval. Some doctors, however, have already expressed interest in principle in our product, and I believe that we'll sign deals this year or early next year, and will already increase our sales in the ensuing year.”

CT devices run from $300,000 to $2 million, said Dafni, and the Spotlight will be “substantially cheaper than a high-end device."