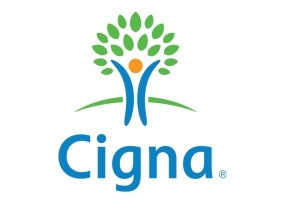 Until now the insurance giant only covered the procedure, also called digital breast tomosynthesis, when done for diagnostic reasons.

“We have a responsibility to our customers and clients to ensure that the medical treatments, tests and procedures they’re paying for have proven clinical value and will help improve their health and well-being. That’s a responsibility that we don’t take lightly,” the company said in a statement.

The company had dropped screening 3-D mammograms in late 2015, according to CBS Boston. At that time it stated in its Medical Coverage Policy, “Cigna does not cover digital breast tomosynthesis for screening either as standalone testing or as an adjunct to screening mammography because it is considered experimental, investigational or unproven.”

The company had dropped coverage because the U.S. Preventive Services Task Force said evidence was lacking to show that 3-D mammography “is clinically superior to traditional mammography for breast cancer screening.”

“We are always open to change based on new scientific evidence or new guidance from respected non-commercial organizations like the NCCN,” said Dr. Julie Kessel, Cigna's senior medical director who oversees medical coverage policy. “We have a responsibility to our customers and clients to ensure that the medical treatments, tests and procedures they’re paying for have proven clinical value and will help improve their health and well-being. That’s a responsibility that we don’t take lightly.”

Last year, when coverage was dropped, Tufts University pathology professor Dr. Michael Misialek, medical advisor to the Massachusetts breast Cancer Coalition, had told CBS, that dropping coverage was a poor idea, noting, “This does pick up more cancers, it saves women’s lives, and it reduces patient anxiety by the decreased callback rate,” he noted. “With that extra third dimension, we’re able to see densities and abnormalities that aren’t clarified well on the two-dimensional mammogram.”

He stated that pickup rate is nearly 40 percent better for “small cancers.”

As far as the technology being experimental, he advised, “We offer 3-D mammography routinely to all patients when they come in for their screening mammograms, and most all of the Boston-area hospitals do the same, so it is very common,” adding that. “it is becoming a standard of care.”

A study reported by HCB News published in JAMA in April added to the evidence that 3-D mammograms cut recall rates and boost invasive-breast-cancer detection in women with dense and non-dense breasts.