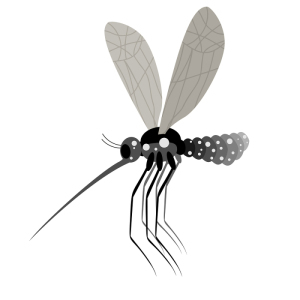 A special study has detailed the severity of brain changes found in fetuses and babies infected with the Zika virus, using CT, MR and ultrasound to find a range of abnormalities that go beyond microcephaly.

For the report, published recently in the journal Radiology, researchers from Brazil and the United States reviewed imaging studies of fetuses and babies that had a documented or suspected Zika infection, conducted at the Instituto de Pesquisa in Campina Grande state Paraiba in northeastern Brazil, the epicenter of the virus. The mosquito-transmitted virus has also been found in the United States, particularly in Florida.

During the first trimester of pregnancy, women are at risk of transmitting Zika to their fetuses, which can then go on to develop brain defects, including microcephaly, in which the baby’s head is abnormally small.

Stella Corrêa, a spokeswoman for the D'Or Institute for Research and Education in Rio de Janeiro, Brazil, which conducted the study, said the most unusual finding was the demonstration of the patterns and severity of brain changes, which are not limited to microcephaly. Some of the changes may not affect head size.

“The research suggests cortical malformation, gray and white matter volume loss, brainstem abnormalities, calcifications, and a condition called ventriculomegaly, where the ventricles, or fluid-filled spaces in the brain, are larger than normal,” Corrêa told HCB News.

The researchers looked at the imaging studies of 17 fetuses or babies with documented Zika infection and 28 fetuses or babies with suspected infection. The two groups had similar brain abnormalities. The head circumference of three fetuses was normal, though they had severe ventriculomegaly, a common finding among all the subjects studied.

The study also found that most in the group had abnormalities of the corpus callosum, which facilitates communication between the brain’s left and right hemispheres, as well as cortical migrational abnormalities, which affects the travel of neurons, and intracranial calcifications at the gray-white junction of the brain. Researchers found that many skulls had a collapsed shape.

Corrêa noted that imaging is essential during pregnancy to identify the presence and the severity of the structural changes to the central nervous system caused by the infection.

“Although the first trimester is the time where infection seems to be riskiest for the pregnancy, it may take time before the changes can be detected or accurately diagnosed,” Corrêa said. “Considering that, more than one exam, [such as] an ultrasound or MR scan may be needed in a pregnancy to assess the growth and development abnormalities of the brain.”

While there has been some previous research on imaging findings for the Zika virus, the most recent study had a bigger cohort and considered pre- and postnatal imaging exams, including fetal MR, postnatal brain CT, postnatal brain MR and longitudinal prenatal ultrasound, Corrêa said.

Researchers are continuing to investigate the structural changes to the central nervous system caused by congenital Zika infection.

“Correlating the morphological changes with clinical, immunological and environmental data, we would like to better understand the spectrum of the CNS changes we have seen,” Corrêa said. “In addition, we are interested in investigating how congenital Zika virus infection can interfere with not only prenatal, but also postnatal gray and white brain maturation. We are now building a follow up cohort for that purpose.”