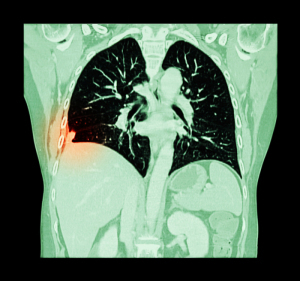 The new ruling is part of the 2017 Hospital Outpatient Prospective Payment System. It calls for a 64 percent cut for decision-making sessions about smoking between doctor and patient and a 44 percent cut to coverage of LDCT scans.

The letter by the groups objecting to the reimbursement plan was led by the Lung Cancer Alliance, the Prevent Cancer Foundation, the Society of Thoracic Surgeons, the American College of Radiology, and the Medical Imaging and Technology Alliance.

"CT lung cancer screening is a game changer in the battle against lung cancer. Slashing reimbursement by up to two-thirds before screening can be implemented in most American communities may be a death knell for many existing and planned screening programs nationwide. The resulting lack of access may contribute to unnecessary lung cancer deaths. We strongly urge CMS to reconsider these cuts," James A. Brink, M.D., FACR, chair of the American College of Radiology Board of Chancellors, said in the statement.

“Without access to LDCT scans, most lung cancers are not diagnosed until it is too late. Lung cancer screening provides critical early detection that saves lives — but the best test in the world won’t be effective if patients can’t gain access to it in their communities,” said Carolyn Aldigé, president and founder of the Prevent Cancer Foundation.

Lung cancer will be found in over 220,000 people in this year alone and almost 160,000 will die from the disease. That's “more than from breast, colon and prostate cancers combined,” the letter stated.

"As we have long reinforced, LDCT lung cancer screening is a proven, valuable tool in finding the number one cancer killer at its most treatable, and even curable, stage," said Laurie Fenton Ambrose, president and CEO of Lung Cancer Alliance.

The reality is that right now screening is still rolling out nationwide, especially in smaller communities. "The impact of these proposed reimbursement cuts would limit access to this lifesaving benefit for the most at-risk, underserved members of our population who have the highest rates of lung cancer mortality," noted Ambrose.

The bottom line, argue opponents to the cuts, is that they will effectively limit screening programs to big city hospitals. People living in the suburbs or rural communities will face long trips, long wait times — and may not even be able to find screening at all.
1(current)
2