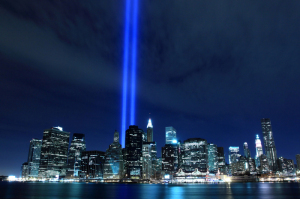 Firefighters who worked at Ground Zero after the 9/11 terrorist attack on the World Trade Center appear to have an elevated risk of prostate and thyroid cancers compared to thousands of firefighters in other large cities who weren’t exposed to the same conditions, a new study has found.

The study, which comes 15 years after the devastating attack on the WTC and appears in the current issue of the American Journal of Industrial Medicine, found that so far there does not appear to be an increased risk of other cancers for the New York City firefighters over those in cities like San Francisco, Chicago and Philadelphia.

Using state cancer registries from 9/11 through the end of 2009, the researchers looked at cancer diagnoses for 11,457 WTC-exposed firefighters and 8,220 firefighters in other cities who were not exposed to the possible carcinogens at Ground Zero.

The researchers found that firefighters who worked at the WTC site were more than three times more likely to get thyroid cancer during that period than those in the other group. The study also found that between 2005 and 2009, prostate cancer diagnoses were about 38 percent higher for the WTC-exposed firefighters.

Zeig-Owens told Reuters these results were similar to findings of a previous study comparing thyroid and prostate cancers found in 9/11 recovery workers compared to the general population. In that study, researchers found a 10 percent increase in the rates of all cancers among those exposed at the WTC compared to the general population, with thyroid and prostate cancers being the most commonly diagnosed.

For this latest study, the researchers wanted to take into account the hazards firefighters normally encounter in their jobs, and see how those exposed in Manhattan at Ground Zero compared to other big-city firefighters not at the WTC site. When they looked at the first few years after 9/11 from 2001 to 2004, overall rates of prostate cancer, for example, were not that different. When the team examined the records from 2005 to 2009, they found significantly higher rates of (1.4-fold) of this cancer in WTC-exposed firefighters, according to Prostate Cancer News Today.

The results seem to indicate for cancers with longer latency periods, the risk for those firefighters exposed at the WTC appears to grow with time.

The researchers stated in their report that further follow-up is needed to assess the relationship between WTC exposure and cancers with longer latency periods.

The study notes that more than 13,000 firefighters and thousands of other responders were exposed to potential carcinogens at Ground Zero such as asbestos and polychlorinated biphenyls.

“Bladder, gastrointestinal, liver, lung, prostate, melanoma, mesothelioma and non-Hodgkin lymphoma have been found to be related to some or many of the substances found at the WTC site,” wrote William Moir, the study’s first author, in a passage included in the prostate cancer news web site.