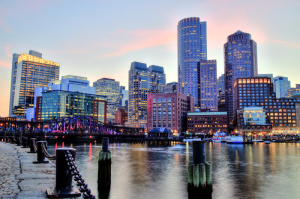 The bottom line: when cancer has metastasized to the brain, SRS leads to a better quality of life and less cognitive decline at comparable survival rates versus WBRT.

However the study did also find that SRS did not do as well as WBRT for local control – which can lead to tumor-related symptoms such as headache, speech problems, seizures and paralysis.

“Stereotactic radiosurgery to the surgical cavity is widely used, despite the lack of clinical trials to substantiate its effectiveness,” said Dr. Paul D. Brown, lead author of the study and a radiation oncologist at the Mayo Clinic in Rochester, Minn., in a statement. “Our multi-institutional, randomized trial is the first to demonstrate clearly the efficacy of SRS compared to WBRT in a postoperative setting,” he noted.

The trial included 194 patients with one to four brain metastases, who were receiving care at institutions in the U.S. and Canada between 2011 and 2015.

The researchers found that cognitive issues from WBRT continued for six months post treatment, with a deterioration rate of 85.7 vs. 53.8 percent for SRS. WBRT led to worse immediate recall, memory and attention, but it did yield better overall intracranial tumor control. The control “rates at six and 12 months were 90.0 and 78.6 percent with WBRT versus 74.0 and 54.7 percent with SRS.”

"Our results confirm that radiosurgery to the surgical cavity is a viable treatment option to improve local control with less impact on cognitive function and quality of life, compared to WBRT," said Brown. "There is no significant difference in survival whether a patient receives postoperative radiosurgery or WBRT, and radiosurgery avoids the well-known toxicities of WBRT. Furthermore, due to less time commitment and a quicker recovery after SRS, patients can restart systemic therapies more rapidly. Radiosurgery to the surgical cavity after resection of brain metastases, should be considered a standard of care and a less toxic alternative to the historic standard of care, WBRT."

A separate presentation at the ASTRO annual meeting, entitled “Postoperative Stereotactic Radiosurgery vs. Observation for Completely Resected Brain Metastases: Results of a Prospective Randomized Study,” showed that SRS for brain metastases “decreases the likelihood of local recurrence, but shows no positive difference in terms of overall survival or distant brain metastases rates when compared to observation alone, following surgical resection of brain metastases.”

“Over the past several years, with advances in technology, radiation to only the surgical bed of the resected lesion has become of interest,” said its lead author Dr. Anita Mahajan, professor of radiation oncology at MD Anderson Cancer Center, in a statement. “While oncology teams see the potential of radiosurgery, its novelty means that we have limited prospective evidence of its efficacy.”

That study analyzed 128 patients with one to three metastatic brain tumors, who wished to avoid or put off WBRT. Roughly half received SRS to the surgical cavity, the others were observed but not treated.

“Our research shows that radiosurgery in this patient cohort does reduce the incidence of local recurrence, although the findings for overall brain control, overall survival and time until whole brain radiation therapy limit our ability to conclude an obvious clinical benefit,” said Mahajan. “In addition, it appears that smaller tumors may not need postoperative radiosurgery after resection, since the local failure rate for tumors smaller than 2.5 centimeters was very low.”