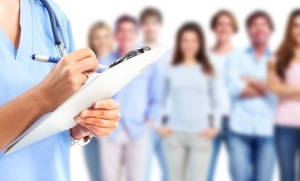 In a sweeping review of some of the most promising modern therapies, an international panel lead by Cancer Research UK (CRUK) has made 14 recommendations to raise the bar on the effectiveness of cancer research — and imaging factors in significantly.

"Scientists generate many great new ideas every year that use imaging to try to detect cancer earlier, to better assess if therapies are working well in patients, and to select which patients should receive new therapies that have been developed in clinical trials," James O'Connor, Ph.D., one of the panel members and a scientist at CRUK, Manchester Institute, University of Manchester, U.K., told HCB News.

He added that "far too few" of these ideas get turned into tests, known as biomarkers, that are used by doctors to help guide patient treatment.

"We assembled 78 experts from across Europe and North America to identify the reasons why imaging tests have not made as great an impact as they could to provide a framework — or roadmap — to help accelerate the translation of these science ideas into validated tests," said O'Connor.

Among other things, the group offered recommendations for grant submissions, for making sure results are reproducible across laboratories, for comparing scans with other tests such as liquid biopsy, and ensuring that techniques are cost-effective. The group also suggests coordinating calibration among different imaging equipment makers to standardize data for use in research.

The study noted that in countries with the best cancer outcomes, 60 percent of patients receive radiation therapy and it is one of the most cost-effective treatments.

There have been significant technology advances, such as image-guided radiation therapy, intensity-modulated radiation therapy, stereotactic treatment and proton therapy to better target the cancer and reduce exposure to surrounding cells. However, aside from the combination of traditional chemotherapy, little progress has been made defining optimal targeted therapy and radiation to improve the efficacy of cancer treatment.

“If these recommendations raise the bar in imaging research, we can expect scans to play a much greater role in personalized medicine and to further improve the lives of patients, with cancer having cutting edge therapies," said O'Connor.