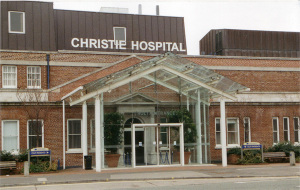 “The Christie has a history of innovation in the use of advanced imaging technologies to improve the delivery of radiotherapy,” said Dr. Ananya Choudhury, consultant and honorary reader in clinical oncology at The Christie, said in a statement.

This new installation is the sixth worldwide of the high-field MR-adaptive linear accelerator.

Other locations include The Netherlands Cancer Institute; University Medical Center Utrecht, the Netherlands, on which HCB News reported in April.

At that time, Kevin Brown, global vice president of scientific research, Elekta, told HCB News, “Although MR-linac is not yet approved for use in patients, we anticipate that the system will be able to treat all types of cancers that are being treated today with radiation therapy.”

Other installations include systems at The University of Texas MD Anderson Cancer Center, Houston, Texas, and the Institute of Cancer Research and The Royal Marsden NHS Foundation Trust in London.

MR-linac research installations were in the news last month, as HCB News reported at the time, when the Froedtert & Medical College of Wisconsin Clinical Cancer Center at Froedtert Hospital announced that it will install an Elekta system.

“Initially, we will focus on establishing clinical protocols and refining methods for data collection and analysis in pancreatic cancer, a deadly disease with limited treatment options,” said Dr. J. Frank Wilson, radiation oncologist with Froedtert & MCW Clinical Cancer Network, according to HCB News at the time.

And at ASTRO 2016 in September, as HCB News reported, MR-guided radiotherapy was highlighted as part of the industry's interest in addressing moving tumors and nearby organs in efforts to limit dose exposure for healthy tissue and organs.

"MR is the best tool for imaging the body," Dr. John Christodouleas, vice president of clinical affairs at Elekta, told HCB News at the time. "It images in thousands of ways."
1(current)
2