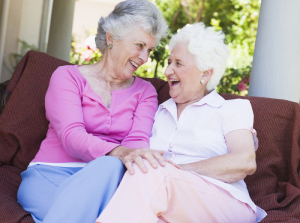 A just published study of a 2014 law that requires insurance companies to pay for supplemental ultrasound and/or MR screening if a woman has dense breasts diagnosed, reveals that it has resulted in better patient care and outcomes.

"Our review affirmed the high efficacy of screening MR compared with other modalities," she said, which the team credits to MR's unique ability to detect lesions in soft tissue. According to Sanders, ultrasound failed to detect half of the malignancies found by subsequent MR.

Sanders also added that 25 percent of the cancers found by MR were in patients younger than the age of 50. Of these diagnosed cases, more than 25 percent were detected by annual screening mammography.

The study was published in this month's issue of the Journal of the American College of Radiology.

"The increased utilization of MR, facilitated by the insurance mandate in the NJBDL, reduced the number of biopsies needed per cancer diagnosed," she said.

Breast biopsies are invasive surgical procedures that can be stressful for women and increase health care costs — especially if unnecessary. MR has shown value in dense breast patients when it comes to ruling out false positives indicated by traditional X-ray and even ultrasound breast screening.

Sanders noted that more than one-third of breast cancers in women under 50 years of age presented with a palpable (to the touch) mass, affirming the importance of clinical or self-breast examination. She said that mammographically dense breasts should be considered an indication for supplemental screening, regardless of risk.

About 40 percent of women have dense breasts that can mask cancer on a standard X-ray mammogram, according to a 2015 CNN report. While dozens of states have passed laws that require hospitals to notify women if they have dense breasts, only a handful — including New Jersey — have mandated through law that insurers pay for supplemental ultrasound or MR if a woman has dense breasts.

According to the study results, the use of screening ultrasound increased significantly after the implementation of the NJBDL, by 651 percent (1,530 versus 11,486). Use of MR increased by 59.3 percent (2,595 versus 4,134). A total of 1,213 cancers were included in the final analysis, 592 in the first time period and 621 after law implementation.

"Although increased utilization of ultrasound was expected to markedly increase our core biopsy numbers, the increased use of MR as a diagnostic tool allowed us to forgo biopsies if the lesions we saw on ultrasound were non-enhancing on MR," said Sanders. "Thus, we diagnosed more cancers with fewer biopsies performed."