For better mammo readings, physicians should refer to previous exams 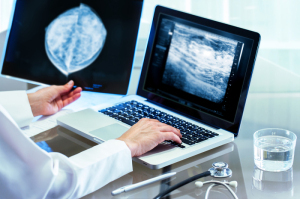 Comparing a mammogram to more than one prior exam leads to lower recall rates, increased cancer detection rates and an increase in positive predictive value, a study has found.

The researchers also found statistically significant increases in the positive predictive value of recall, or the likelihood that a recall would result in diagnosis, of .05 and an increased cancer detection rate of 2.3 cases per 1,000 exams, when multiple prior mammograms were used.

“We are saying this is something you should routinely do,” study co-author Dr. Kimberly Ray, a radiologist with the department of radiology and biomedical imaging, University of California, San Francisco, told HCB News. “It should become the standard.”

“We don’t know what’s normal for them,” Ray said.

Prior mammograms are also helpful in showing changes over several years.

“If you look one year back, you might not perceive subtle changes,” Ray said. “Sometimes cancers grow slowly and the only way to catch cancers early is to see changes over time.”

Most PACS will display one prior mammogram for comparison, Ray said. The practice has worked with its PACS vendor to have the software display two of the most recent prior exams.

“In the digital environment, it’s easier than it used to be in a film environment to compare the priors because you can easily load the priors on your PACS system,” Ray told HCB News. “But it does take extra time and a concerted effort to do so.”

An increase in cloud-based sharing between facilities, would also increase the likelihood that radiologists have access to multiple prior mammograms, Ray said. It is often complicated to share exams when a woman goes to a different facility, as the patient has to sign a release and then the new facility has to wait for a CD with the older exams.

“This idea of cloud-based sharing that is beginning to take hold in radiology, that’s something that needs to be promoted and developed,” Ray said. “The beauty of it is this is a very low-tech solution so it doesn’t require a big investment. It saves the patient a lot of time and anxiety and ultimately will reduce health care costs. It just requires a conscious effort.”