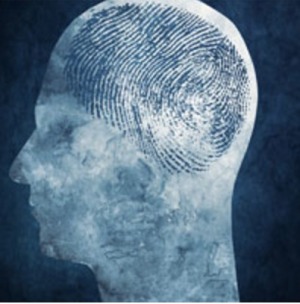 A study conducted by a Carnegie-Mellon University (CMU) team and published in PLOS Computational Biology has confirmed a long-held theory that our brain pattern belongs solely to ourselves. While the researchers were intent on correlating brain structure with function, their findings offer medical insight as well.

"A reliable way to characterize brain structures is a stepping stone for understanding how structure correlates brain function and disease," Fang-Cheng (Frank) Yeh, first author and now assistant professor of neurological surgery at the University of Pittsburgh (formerly at CMU) told HCB News.

According to Yeh, it is possible that certain structural characteristics are correlated with a specific psychological or psychiatric disorder. He added that connecting brain neural fingerprints may be used as a disease biomarker in the future to facilitate diagnostic or predictive evaluation.

Using MR, the researchers measured local connectome, which is the point-by-point connections along the white matter pathways in the brain. They scanned 699 brains using five data sets. These studies proved that local connectome is "highly unique" to each person, reliable enough to be used as personal marker for human identity. Prior to the study, conventional approaches could only obtain a single estimate of the integrity of a single brain structural connection.

The study found that identical twins share only about 12 percent of structure connectivity patterns. Another finding was that, on average, local connectome is sculpted over time and changes at an average rate of 13 percent every 100 days.

"This confirms something that we’ve always assumed in neuroscience — that connectivity patterns in your brain are unique to you," said CMU’s Timothy Verstynen, assistant professor of Psychology at CMU said in a statement. "This means that many of your life experiences are somehow reflected in the connectivity of your brain."

According to Verstynen, the findings also point to the importance of shared experiences. For example, he noted the markers of poverty or people who have the same pathological disease are reflected in brain connections. This opens the door for potential new medical biomarkers to identify health and medical conditions.

Yeh noted that more research needs to be conducted. "This method is still at an early stage of development, and we have only tested on normal volunteers. Whether it can help patients requires more future studies," he said.