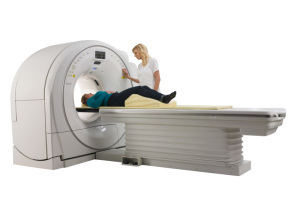 Hitachi began delivering the Smart Dose-compliant scanners at the beginning of the year, marking a resurgence in the 16-slice market due to the dose-reduction legislation.

“The 16-slice CT as a market in the United States had been declining for years and there were a lot of older 16-slice units out there, predominantly at imaging centers and very small hospitals, that were not getting replaced, but then the XR-29 reimbursement legislation came along and a lot of those old machines couldn’t get upgraded,” said Mark Silverman, Hitachi’s director of CT marketing. “So, suddenly people with old 16-slices were forced into needing to replace.”

While Hitachi’s corporate policy doesn’t allow Silverman to release specific sales data, he said that 2016 Supria deliveries have reached about 200 percent of the original sales plan.

The model has iterative reconstruction, along with a number of other dose reduction features, and is more compact than older 16-slice machines, according to Silverman.

“It allows us to tell people that if you’re replacing an older CT, we don’t care what the older CT was,” Silverman said. “This will fit in any space where a CT scanner was before. Imaging center operators who are very economy oriented, they like that because they don’t want to spend money on refurbishment.”

Hitachi, like most OEMs showcasing products at RSNA, is responding to the need for value in health care.

“The CT market is one today where people say, ‘I wish I could buy this, but I can’t,’” Silverman said. “Frankly speaking, our products don’t really appeal to academic buyers who want the greatest technological inventions in CT. Our products appeal to community hospital radiology administrators who have had their budgets squeezed by the Affordable Care Act, and they’re facing a future where reimbursement rates are declining and more and more of their patients are Medicare, so their revenue projections are flat or declining.”