From guns to implanted clips, avoidable MR injuries have not gone away 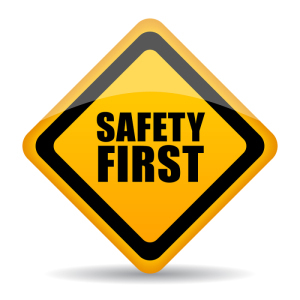 #RSNA16
Despite great strides in awareness, technology and protocols, patients are still being injured and, as recently as this year, killed by MR exams. At an RSNA session in Chicago this week, four experts weighed in on the issue.

There has been an almost 500 percent increase in MR adverse events from 2000 to 2009 in the face of only a 114 percent increase in volume growth, according to Armen Kocharian, Ph.D., senior imaging physicist, Houston Methodist Hospital, and he suspects there were many more that went unreported.

Kocharian cited the 2016 case of an elderly man who received an MR scan with old style metal aneurysm clips in his skull.

“These had been implanted in the 80’s when no one was thinking of MR,” Kocharian told HCB News. “No one knew he had the clips – which could have been identified with a pre-screening or prior X-ray review.” He said the clips “violently moved” when the magnet was activated, causing the patient to bleed out and ultimately die.

Kocharian presented an array of MR mishaps, many of which resulted in burns that occurred when patients were positioned incorrectly or had cardiac and other metal monitoring leads that were overlooked prior to the MR exam.

Recently in India, a patient and tech were trapped in an MR for four hours, one with a broken arm, when a charged scanner launched an O2 bottle from the wheelchair in which the patient was being transported.

In another U.S. case, a family member who was assisting a patient forgot about a pistol in his pocket. He was just able to slip out of his jacket as it was pulled into the still charged machine. Fortunately, the weapon did not discharge.

According to Kocharian, close calls also occur through lax protocol. In a case of careful and well-executed prevention, a radiologist discovered metal fragments in the eye of patient who was a welder and changed the order to a CT scan.

In his closing remarks Kocharian mentioned the contrast agent gadolinium as a possible future concern given emerging studies highlighting heavy metal build-up in the brain of repeat scan patients. He stressed that, at this time, there have not been any reported adverse gadolinium events.

Radiologists must also be on the alert for new medical devices, such as the vast array of neurostimulators that are being implanted into patients. According to Yunhong Shu, Ph.D., assistant professor, Radiology at the Mayo Clinic, these devices regulate a growing list of body functions, and deep brain neurostimulators are the most common devices encountered in conducting MR scans.
1(current)
2