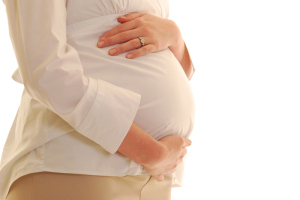 MR is a better imaging tool for confirming and clarifying brain abnormalities. The procedure also finds cases of spina bifida, cleft lip and heart problems. However, fetal brain abnormalities are especially worrisome, as in some cases this disorder causes miscarriage or stillbirth.

"In the U.K. Ultrasonography (USS) has, for many years, been the mainstay of antenatal screening and detailed anomaly scanning to detect such abnormalities." Paul Griffiths, Ph.D. lead author, and Professor at the Royal Hallamshire Hospital at the University of Sheffield, UK told HCB News. "However, previous studies have suggested that in utero MR (iuMR) may be a useful adjunct ... for detecting these brain abnormalities in the developing fetus."

He explained that the study supports conducting an iuMR during a pregnancy complicated by a suspected fetal brain abnormality, as it provides improved diagnostic accuracy. This informs the counseling and management decisions. Fetal brain abnormalities are indicated in three of every 1,000 pregnancies, according to Griffiths.

The study provided a mid-pregnancy (18-21 weeks) iuMR scan to 570 women whose standard ultrasound exam revealed a potential brain abnormality in their fetus. They received the scan within two weeks of the preliminary ultrasound. In 93 percent of follow-up iuMR scans the accuracy of the diagnosis increased by 93 percent. In comparison, the ultrasound test alone was accurate in 68 percent of cases.

"Our findings, combined with the high completion rates of iuMR and a patient acceptability of over 95 percent, lead us to recommend that all women carrying a fetus with a suspected brain abnormality should be offered an iuMR," Griffiths said.

Doctors agreed that the extra MR scan changed the outlook for the pregnancy in at least a fifth of cases. As a result, this changed how the pregnancy was managed in one in three cases.

The iuMR gave extra information about the brain abnormality in half of cases (49 percent, 387 of 783). In one case, for example, the MR confirmed the ultrasound diagnosis and identified an additional abnormality. This information allowed doctors to give parents a more certain outlook. As a result, the number of cases in the "unknown" prognosis group were cut in half. It also increased the number of pregnancies predicted to be "normal" (135 percent), "favorable" (18 percent) or "poor" (56 percent).

The researchers note that there will be further analysis of the trial's results. This will include a health economics analysis to confirm if the extra scan should be routinely used.