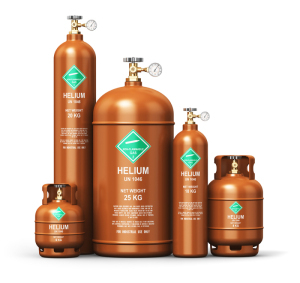 After months of speculation and rumors, the deal is going forward between Germany's Linde AG and U.S.-based Praxair.

The two gas giants announced a plan to merge as equals in an all-stock deal to create a new holding company. So far the firms have a non-binding term sheet, according to a Praxair news release, and anticipate the execution of “a definitive business combination agreement as soon as practicable.”

Munich-based Linde is currently the industry’s No. 2 player and Praxair, based in Danbury, Connecticut, is No. 3, behind industry leader Air Liquide SA of France, according to the Wall Street Journal. The new combined firm would become the industry leader.

The combination, based on 2015 financials, would have pro forma revenues of about $30 billion and a present market cap above $65 billion, according to the companies.

The move is likely to be a flashpoint for the new administration as it looks a lot like a "tax inversion" deal, according to Business Insider.

In deals like this one, a U.S. firm merges with a foreign one, letting the combined company base itself abroad, dodging U.S. taxes.

“President-elect Donald Trump has railed against companies leaving the U.S. in the past, saying they 'have no loyalty to this country.' Additionally, Stephen Moore, one of Trump's economic advisers, specifically called out inversions as a point of emphasis for the new administration two days after the election,” according to BI.

The companies did not mention taxes in their announcement. Instead they noted that, “the transaction would unite Linde’s long-held leadership in technology with Praxair’s efficient operating model, creating a global leader.”

In addition, stated Steve Angel, Praxair’s Chairman and CEO, "we consider this to be a true strategic merger, as it brings together the capabilities, talented people and best-in-class processes of both companies, creating a unique and compelling opportunity for all of our stakeholders."

The firms estimate significant savings through synergies – saving about $1 billion yearly, due to scaling, cost savings and efficiencies.

"Under the Linde brand, we want to combine our companies’ business and technology capabilities and form a global industrial gas leader. Beyond the strategic fit, the compelling, value-creating combination would achieve a robust balance sheet and cash flow, and generate financial flexibility to invest in our future," said Professor Dr. Aldo Belloni, CEO of Linde.

The merged firms would be governed by a combined board, including “equal representation.” Plans call for Dr. Wolfgang Reitzle, now Linde’s supervisory board chairman, to assume the chairmanship of the new enterprise. Praxair’s chairman and CEO, Steve Angel, would take over as CEO and a board member.

The new company would be listed as Linde on both the NYSE and Frankfurt exchanges.

The merger made headlines in September, when the Wall Street Journal and others reported that Linde had stopped its talks with Praxair Inc. because the German firm had grown wary that it could wind up “losing key functions” as a result of doing the deal.