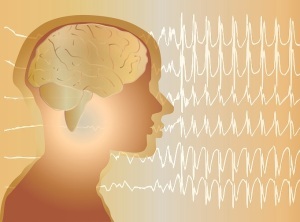 A committee has issued a guideline for the use of functional MR (fMRI) to help predict the impact of epilepsy surgery on language and memory functions in the brain, determining that fMRI can be used in place of a more invasive procedure for some patients.

The guideline, published earlier this month in an online issue of Neurology, the medical journal of the American Academy of Neurology, noted that fMRI is an option for showing where language is lateralized in the brain of patients with medial temporal lobe epilepsy, temporal epilepsy in general or extratemporal epilepsy.

Patients with epilepsy may undergo surgery when medication does not control their seizures, and procedures to determine where language and memory are lateralized in the brain can help prevent damage to those functions during surgery.

The most common test, at least in the U.S., is the intracarotid amobarbital procedure (IAP), also known as the Wada test, in which one side of the patient’s brain is put to sleep by injecting a medication into the carotid artery. Risks include stroke and carotid artery damage. fMRI, which is less invasive and less expensive than the Wada test, maps the functions in the brain by looking for areas with increased neural activity, associated with increased blood flow to the brain.

“We are always trying to find something better than the Wada test,” lead author Dr. Jerzy Szaflarski, a neurology professor at the University of Alabama at Birmingham and fellow of the American Academy of Neurology, told HCB News.

Szaflarski said the difference is likely because most U.S. doctors have been trained in the Wada test.

“Certainly there is a gradual decrease in the Wada test in the U.S. as well as [the fact that] we get more confident,” Szaflarski said. “The way I see guidelines [are as] a compilation of available knowledge, and some guidelines on how to proceed further.”

To determine the guideline, an 11-member committee reviewed studies dating back to 1991, fully reviewing 172 articles and ultimately choosing 37 studies to inform its decision.

The panel determined that there was not enough evidence to recommend fMRI for people with temporal neocortical epilepsy or temporal tumors. There was also less clear evidence for the ability of fMRI to predict outcomes for language and memory functions in a patient after surgery.

Patient samples in the studies the panel reviewed were small, with 20 to 40 subjects, which puts a limit on the guidelines, but Szaflarski said that a larger, 100-patient study, with results coming later this year, may help.

“We are now getting to the point where we have more data than we had four or five years ago,” Szaflarski said. “I expect we will be updating guidelines three or four years down the road.”