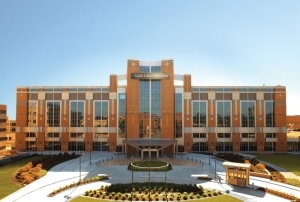 The study showed that dosage reductions were possible “despite a large number of obese patients,” researchers observed during their presentation at The International Conference on Nuclear Cardiology and Cardiac CT (ICNC) 2017 conference in Vienna this week.

Concerns among professionals and patients alike prompted the dose-cutting efforts, according to the study's lead author, Professor Randall Thompson, a cardiologist at the Mid-America Heart Institute, Kansas City, Missouri.

“Although the risk of harm from an individual nuclear cardiology test is very low – even very conservative estimates suggest only one in 1,000 extra patients would develop cancer 20 years later – the cumulative dose from multiple medical diagnostic tests may be a concern,” Thompson noted.

The findings were published in the Journal of the American College of Cardiology and were made available online May 7.

The researchers looked at the effect on dosages when protocols were modified and new cameras and software were put into a big nuclear cardiology lab in Kansas City.

In addition, technetium tracers were used instead of thallium 100 percent of the time, resulting in imaging “at one-third of the radiation dose,” according to the study.

The facilities also introduced small field-of-view cameras with advanced post-processing, and a new generation of camera systems, “which are more sensitive and need less radiotracer injected into the body,” the researchers noted.

The study looked at SPECT myocardial perfusion imaging studies done between 2009 and mid-2016.

The average dose during that time range dropped from 17.9 mSv to 7.2 mSv and the median dose from 10.2 mSv to 2.5 mSv, according to Professor Thompson, who called this lowering “dramatic.”

The totality of these efforts meant that “the average dose fell by 60 percent, and the median dropped by 75 percent.”

“The average dose had fallen to 5.4 mSv in 2012 but crept up as we’ve had more obese patients referred in, on whom we have to use the higher dose protocols,” he observed. “But more than half of patients now are tested with a low-dose, stress-only test using the new technology, which is why the median dose of radiation has fallen so dramatically.”

As to the rise in the number of obese patients, Thompson observed that, “in the last 2.5 years, 17 percent of patients have needed the large field-of-view camera, as their average body mass index was 46 kg/m2 and they were simply too big for the small cameras.”