The UK installed base for MR is old and the upgrade pathway is unclear: Survey 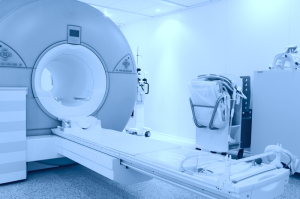 MR departments in the U.K. need to “formulate clear plans” to replace outdated equipment, according to a newly announced survey.

“Radiology departments are already struggling with ever-growing workloads and not enough staff and many now face working with outdated equipment,” advised Dr. Nicola Strickland, chair of the Clinical Imaging Board (CIB) and president of the The Royal College of Radiologists (RCR), adding that, “The NHS needs to invest in the future of imaging and help radiology teams plan ahead, regardless of whether their MR systems are two, five or 10 years old.”

The report was conducted by the CIB, which is a collaboration between the Society and College of Radiographers, the RCR and the Institute of Physics and Engineering in Medicine.

The survey gathered data on 171 scanners – about 42 percent of the U.K. installed base. It showed that 58 percent of these MR systems were at least five years old, and almost one third were over a decade old.

Such machines “may not be able to conduct state-of-the-art imaging,” such as heart and prostate cancer scanning, the researchers reported.

Adding to the challenge is the fact that from 2000 to 2007 almost three quarters of CT and MR scanners bought by the NHS in England came from the NHS Cancer Plan, a program that is no longer in existence.

A lack of future planning compounds the dilemma for those faced with older equipment — half of the organizations surveyed have no set renewal plans and over a third of the oldest machines aren't even slated for replacement.

“Hospital managers must ensure they have appropriate plans in place to replace scanners as they age and technology continues to improve,”   urged Strickland.

Those using the equipment rated the “vast majority” of the scanners as adequate, if not state-of-the-art, although fully 8 percent said their systems were actually ‘obsolete.’

Scanners are much less available in the U.K. The survey noted that there are just 6.1 MR systems per million people, less than are found in Estonia and Slovenia, for example.

The survey also asked practitioners to estimate their future workload and they reported an anticipated 13 percent rise in MR use, and that about 50 new scanners — beyond updating and replacing existing machines — will be required to meet the growing need.

Problems at the NHS aren't limited to hardware needs — and Brexit may just make matters worse.

A study done by researchers at Exeter Medical School, found “low morale” among half of the 2,000 English GPs they surveyed, according to a mid-April story in The Independent.

“Our findings show an even bleaker outlook than expected for GP cover, even in an area which is often considered desirable, and which has many rural communities,” said John Campbell, a professor at Exeter Medical School who led the survey team.

“If GPs have similar intentions to leave or reduce their hours in other regions, as many are reporting, the country needs to take robust action more swiftly and urgently than previously thought,” he added.