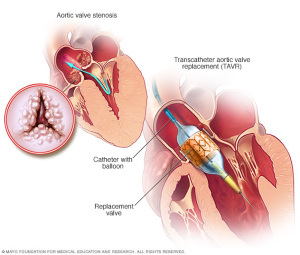 The company announced that it was developing this repositionable, self-expanding valve in its December 2016 Investor Fact Sheet. It can be delivered through a low-profile 14-French delivery system that’s equipped with a motorized handle for stable valve deployment.

"In addition to excellent patient outcomes, the valve also offers several unique features and an innovative tissue design, all of which simplify the procedure for clinicians,” he adds.

The 203 patients evaluated for the study had severe, symptomatic aortic stenosis and were too high-risk for open-heart surgery. A study published in Lancet found that more than one in eight people aged 75 and older have moderate or severe aortic stenosis (AS).

All of the patients were treated with the CENTERA valve via the transfemoral route, and 174 were under conscious sedation. After 30 days, 99 percent of the patients survived and 2.5 percent suffered a disabling stroke, which is considered a low rate.

Only 4.9 percent of the patients required a permanent pacemaker, which is the lowest rate ever reported in a multicenter trial for a self-expanding valve. In addition, there was a low .6 percent rate of moderate paravalvular leaks and no severe paravalvular leaks.

The patients were enrolled from 23 centers located in Europe, Australia and New Zealand. For the next five years, they will be monitored for additional research.

The CENTERA valve is still an investigational device, so it isn’t commercially available in any country to date. Edwards predicts that it will receive CE mark during the fourth quarter of this year.