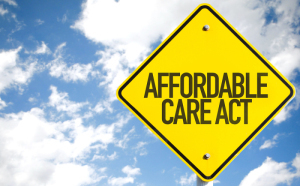 Early diagnosis of three common cancers — breast, lung, and colorectal — increased by one percent since the Affordable Care Act (ACA) was implemented in late 2013.

This, according to a study conducted by The American Cancer Society (ACS) and released in advance of the American Society of Clinical Oncology (ASCO) annual meeting, scheduled for early June.

"Extensive evidence, including my previous research, has shown the association between no insurance and underinsurance with later cancer stage at diagnosis, which generally leads to a lower cure rate and shorter survival," Xuesong Han, Ph.D., lead author and strategic director, Health Policy & Health Care Delivery Research at the ACS, told HCB News.

She added that with the substantial increase of people in insurance coverage under the ACA, the research team wanted to examine how the coverage affected cancer stage at diagnosis.

They reviewed 273,000 cases from the National Cancer Database — a registry containing roughly 70 percent of new cancer diagnoses across the U.S. — from late-2013 through 2014. They focused on patients under the age of 65 who became eligible for cancer screenings under the ACA.

The results showed a one percent increase in early diagnosis for breast, lung and colorectal cancer. About a half percent increase in cervical cancer was noted, although this is not statistically significant according to the study. The only exception to the findings was concerning prostate cancer diagnosis, which dropped about one percent.

Han believes the ACA contributed favorably to the overall increase in early detection.

"Two components increased the insurance coverage: Medicaid expansion and the establishment of the Marketplace," she explained. "Furthermore, the earlier provision implemented in 2010 that eliminated cost-sharing for preventive services including cancer screening, may have also positively affected patients' access to screening services."

Early detection is widely believed to improve survival rates and control health care costs. A study conducted in 2014, for example, by the International Association for the Study of Lung Cancer found that patients who have a two percent higher risk of lung cancer, and were diagnosed at an earlier tumor stage, reduced their chance of death by 20 percent and costs by about a third. A 2016 study in the journal for American Health & Drug Benefits found a similar pattern for early diagnosis of breast cancer.

"We know from previous research that lack of insurance typically results in diagnosis of cancer at a later, and usually less treatable, stage," said Han. "Although we only analyzed data from a limited time frame, the fact that there appears to be a positive trend in diagnosis at an earlier stage in multiple cancers is an encouraging sign."