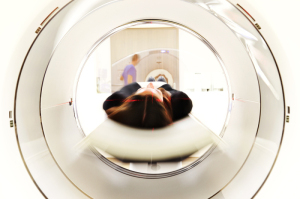 “Our recommendations for health care professionals and patients remain unchanged from July 2015, when we informed the public that we were investigating this potential risk with GBCAs,” it stated.

While continuing to study the safety issues, it has announced that, “because we identified no evidence to date that gadolinium retention in the brain from any of the GBCAs, including GBCAs associated with higher retention of gadolinium, is harmful, restricting GBCA use is not warranted at this time.”

This contrasts with the conclusions drawn by the Pharmacovigilance Risk Assessment Committee (PRAC) of the European Medicines Agency (EMA), which in March said that it had finished its “assessment of gadolinium agents used in body scans and recommends regulatory actions, including suspension for some marketing authorizations.”

The specific agents banned by PRAC include:

Gadobenic acid, marketed under the trade name MultiHance by Bracco

Gadodiamide, sold under the trade name Omniscan by GE Healthcare

Gadoversetamide, sold as Optimark by Guerbet

The four at issue are all linear agents that have “a structure more likely to release gadolinium,” the group advised.

Macrocyclics are more stable, and the committee has recommended using those instead, “at the lowest does that enhance images sufficiently to make diagnoses, and only when non-enhanced body scans are not suitable.”

Not all linear agents would be taken off the shelves. PRAC noted that gadoxetic acid “can remain on the market, as it meets an important diagnostic need in patients with few alternatives. In addition, a formulation of gadopentetic acid injected directly into joints is to remain available because its gadolinium concentration is very low – around 200 times lower than those of intravenous products. Both agents should be used at the lowest dose that enhances images sufficiently to make diagnoses, and only if unenhanced scans are not suitable,” it recommended.

According to this week's FDA release, the PRAC decision is “currently undergoing an appeal.”

To date, said the agency “the only known adverse health effect related to gadolinium retention is a rare condition called nephrogenic systemic fibrosis (NSF) that occurs in a small subgroup of patients with preexisting kidney failure. NSF is a painful skin disease characterized by thickening of the skin, which can involve the joints and cause significant limitation of motion within weeks to months.”
1(current)
2