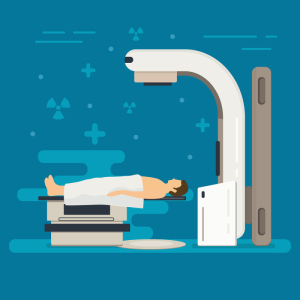 A new report highlights a number of factors behind the growth of the global cancer market for oncology, which is set to reach $10.1 billion by 2025.

One important caveat was that the U.S. accounted for the “maximum share” of the 2016 market and that “uncertain health reforms post the U.S. presidential election of 2016, coupled with shortage in supply of radiopharmaceuticals is likely to hinder the growth in this region.”

A rising cancer rate is “the prime factor responsible for substantial growth of [the] radiation oncology market over the forecast period,” according to the market analysis by Grand View Research.

As radiation oncologist Dr. John Powell, wrote in late May in the Stargazette, “The American Cancer Society projects a total of 1,660,290 new cancer cases and 580,350 cancer deaths in the United States in 2013. It is encouraging that overall cancer death rates in the U.S. have declined 20 percent from the peak in 1991, yet cancer remains one of our greatest public health challenges, as well as a life-changing diagnosis for patients.”

He noted that between half and two-thirds of these patients will get radiation treatment either for curative or palliative reasons during the course of their illness.

This is part of the trend identified by the review toward an increase in spending on health care overall on a per capita basis.

The study noted that “with the aid of supportive government initiatives and awareness, patients are not hesitant to opt for advanced treatment options.”

This, the researchers have concluded is “an important macroeconomic factor driving the market growth.”

It supported this by noting that per capita health expenditure from 1995 to 2014, as found by the World Bank Group, grew over 55 percent.

Partly fueling this growth are technological advancements in radiotherapy, which has led to this modality's increased share as “a primary treatment line of cancer,” it reported. Such advances include breakthroughs in compact advanced options such as CyberKnife, Gamma Knife, and tomotherapy.

“These advanced methods pose lesser postoperative complications and faster recovery time,” noted the review, which has added to growth of radiotherapeutic approaches.

Along with these technologies, other External Beam Radiation Therapies (EBRT) such as proton therapy, and Linear Accelerator (LINAC), “held lucrative share in the product segment of [the] radiation oncology market in 2016.”

It also advised that the use of radioactive implants “is likely to gain maximum share over the next eight years.” This is especially true in the treatment of prostate and breast cancer, which the study advised would likely “govern the growth.”

- Image-Guided Radiation Therapy (IGRT) contributed to technology with around a 13 percent share in 2016.
- 3-D CRT technology will grow at a “lucrative” rate over the next 8 years.