“We’ve found that we’re able to get more breast tissue on the mammogram because the patients are more relaxed,” Schilling says. “We’re using this for all our baseline patients. We don’t want them to have to experience a standard mammogram.”

The system is also easier for technologists to use, Coates says. She is able to switch between the 2-D and 3-D image with one click and she finds that it’s easier to get higher-quality images of breasts with implants earlier in the exam.

The X-ray tube also moves out of the way for the MLO view, so the technologist doesn’t have to bend over, Coates says.

“As a tech, you either learn to position yourself to the side of the patient, or most of us crouch down,” Coates says. “So this is ergonomically better for the tech.”

The photon-counting technology is expected to enable the MicroDose 3D to provide imaging with lower-dose exposure than conventional tomosynthesis, says Jonas Rehn, the senior product manager for mammography at Philips Healthcare.

The company shared some of the preliminary results from ongoing clinical trials at ECR in Vienna this past March, indicating the decreased dose. “We believe that with this technology we will overcome some of the roadblocks [for tomosynthesis],” Rehn says.

Tomo in the operating room
Tomosynthesis is also moving into the OR.

Kubtec recently released an intraoperative tomosynthesis scanner designed to be used during lumpectomies. Called the MOZART System, it provides a better view of specimen anatomy and microcalcifications than 2-D specimen mammography and reduces surgical recalls, says John Leach, director of marketing for Kubtec.

“When you do mammography for screening, you’re looking to identify if a tumor is there and where it is,” Leach says. “During a procedure, the surgeon knows that the tumor is there. They need to be sure they have removed it entirely. 3-D tomosynthesis simply gives a better view of these crucial surgical margins [than] the traditional 2-D view."

A study of more than 200 patients out of the University of Washington showed that the MOZART System, which was FDA approved in 2015, reduced re-incision rates from 16 percent to 9 percent from 2015 to 2016.

“Re-incisions in the U.S. run at about 30 percent,” Leach says. “Three patients in 10 have to come back and have a second surgery. The battle is on to reduce that number because hospitals are being rated now on performance indicators such as avoiding re-hospitalizations and patient satisfaction.”

For specimen mammography, the tumor and surrounding normal tissue are X-rayed after removal to ensure no cancer cells remain at the outer edge of tissue. 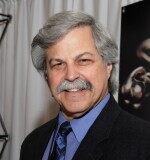 “There are more margins that you can see with the 3-D tomo than with the 2-D mammogram,” says Dr. Cary Kaufman, associate clinical professor of surgery at the Bellingham Breast Center in Bellingham, Wash., who recently began using the MOZART System. “A 2-D image just gives you two silhouettes 90 degrees apart. It doesn’t give you the depth or the third dimension. I can be a better surgeon when I have more information than when I have less information.”
Back to HCB News
1
2
3
4
5
6
7(current)