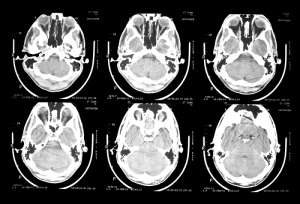 Kaiser Permanente reduced head CT scans by more than five percent in its emergency departments by adopting the Canadian CT Head Rule (CCHR). The study was just published in the Annals of Emergency Medicine.

The CCHR was developed to help doctors determine which minor head injury patients did not require a CT scan. In the U.S., the average price of a head CT scan is $1,200, according to New Choice Health. The study included about 43,000 adult trauma patients in 13 Kaiser Permanente community emergency departments in Southern California. Twelve of the 13 ERs reduced CT head scans by 5.3 percent.

According to Sharp, the health system integrated the change in protocols through its electronic health record. This occurred after review by medical leaders, pilot testing, and presentation to the medical staff before the plan was rolled out.

"It's never easy to change human behavior, especially physicians," he said. "There is a formal process which is undertaken at [Kaiser Pemenanate] before any clinical decision support is fully implemented. In the end, we had the support from all the participating ED clinical leaders which is important for this type of intervention to be successful."

A byproduct of the protocol change, Sharp reported, was that it avoids identifying incidentalomas. This is the incidental discovery of a head mass, which is usually benign and of no clinical significance. Such findings often mean more imaging testing, which increases costs to both payers and the patient, as well as exposure to radiation.

Sharp said the CCHR has good evidence to support its adoption. Several studies in the past decade or so have demonstrated the validity of CCHR guidelines. This includes a 2005 study published by the U.S. National Institutes of Health, which determined that "its use may result in reduced imaging rates."

"Patients should expect the best possible care available," said Sharp. "In many cases, that includes the application of well-validated decision rules like the CCHR, as well as integrated decision support helping to inform physicians and patients of the right care."

Deep learning system could save time in scoring coronary calcium