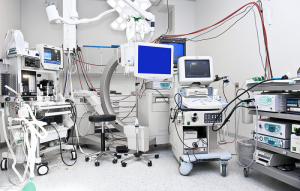 The current worth of $652 million for 2017 is projected to rise over the next four years by an annualized growth rate of 12.5 percent.

The biggest motivator that factors into this growth rate is the intraoperative imaging systems segment, deriving its influence from installation costs of diagnostic imaging products, a growing number of hybrid ORs in major countries, consistent integration and automation of OR workflows and continuous technological enhancements in the field of diagnostic imaging.

The study used secondary sources to compile its findings, including corporate filings, research journals, press releases and articles by various trade, business and professional groups. It also relied on directories and databases, such as Hoovers, Bloomberg Business, Factivia and Avention.

North America led the market in 2016 with the largest share, followed by Europe. Its top spot here can be attributed to upgraded investment in hospital ORs alongside an increase in the number of surgeries taking place and a rise in the number of ambulatory surgery centers.

The area with the highest annualized growth rate in this field is thoracic surgery, brought on by a worldwide increase in the number of procedures. A rising understanding of the cost and therapeutic benefits of ORs among health care professionals is expected to propel the growth of this field.

There is also an effort to expand the presence of operating rooms outside of North America and Europe. Companies responsible for this are doing so in Asia-Pacific countries, the Middle East and North Africa through product launches, partnerships, agreements and collaborations. They include Philips Healthcare, Siemens Healthineers, Stryker Corporation, Toshiba Corporation and GE Healthcare.

Other market reports have also shown an increased growth rate for operating rooms, though with different calculations. For instance, Technavio released a market report this month that predicted an annualized growth rate for ORs of close to 15 percent by 2021, crediting the increase to an adoption of specialized integrated systems for open and MI cardiovascular, neurosurgical, orthopedic spine and general surgeries.