MR can predict outcomes of brain surgery for epilepsy patients 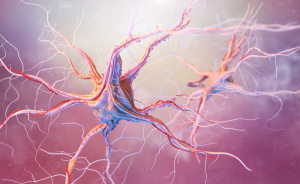 MRIs predict suitable epileptic
candidates for seizure surgery
For patients suffering from temporal lobe epilepsy (TLE), the option of surgery can be costly, with no guarantee that their seizures will stop following the operation.

But a new study suggests that an MR scan could change that by predicting whether or not the outcome of a surgical procedure would be effective for individual patients.

Researchers from Vanderbilt University used MRI to compose a model of pre-surgical functional and structural connectivity in the brain associated with TLE, to determine which patients would still experience seizures following surgery and which would not. The findings were published in Epilepsia.

“It would greatly reduce unsuccessful surgeries in specific diseases,” Victoria Morgan, an associate professor at the Vanderbilt University Institute of Imaging Science, and one of the authors of the study, told HCB News. “This would reduce health care costs and improve management and quality of life of patients.”

The study used resting-state function and diffusion-weighted 3T MR from 22 TLE patients and a control group of 35 people who did not possess the condition. Functional connectivity based on correlations of low frequency functional MR and structural connectivity using streamline density of diffusion MR were computed between each of the regions of the brain that were examined, including the ipsilateral and contralateral hippocampus, the thalamus, and the insula, with bilateral midcingulate and precuneus.

The results for each patient were then converted to metrics that compared them to people of the same age without the condition. A model of seizure-free connectivity was established, based on the scans of eight patients who were seizure-free one year after surgery.

The model was then used to determine the outcomes of the other 14 patients. Five were predicted to be seizure-free following surgery, while four would show favorable results and five would still experience seizures following their operations. The model predicted with 100 percent specificity and 100 percent sensitivity the correct outcomes of surgery over one year following the operation for each patient. Pearson correlation and Euclidean distance were used as the metric systems.

Morgan says that though the study was conducted specifically regarding TLE, there is potential for it to be replicated to address other conditions outside of epilepsy.

“This model is designed with a very specific question in mind regarding a specific disease and surgical treatment,” she said. “However, the general methodology might be applied to other diseases and treatments. In those cases other "models" of desired outcome would need to be identified.”

Though a success, the model still requires further validation before being made a standard tool in epilepsy surgical procedures.