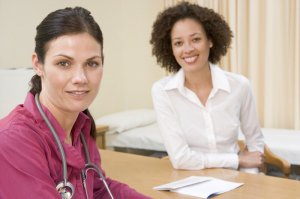 A new study is asserting that hypofractionated whole-breast radiotherapy is a safe and efficient treatment option for early stage breast cancer patients under 50.

Researchers from Perlmutter Cancer Center at NYU Langone Health presented their findings at the annual meeting of the American Society for Radiation Oncology (ASTRO) in San Diego, asserting that the form of radiotherapy poses no more harm to breast tissue or skin of patients under 50 than it does for those over the age.

“I believe the study should be practice-changing in the context of other available data,” Dr. Naamit K. Gerber, assistant professor at NYU Langone School of Medicine and the lead author of the study, told HCB News. “It supports the use of hypofractionation in women less than 50, demonstrating that it’s efficacious, and that late toxicity is comparable to older women who receive this radiation.”

The conventional form of radiotherapy is administered to patients every day for six to seven weeks. Hypofractionated whole-breast radiotherapy consists of a higher-dose of radiation per treatment administered over a shorter duration to patients for a period of three to four weeks. ASTRO guidelines from 2011 recommend its use but only in patients age 50 or over.

The study found that hypofractionation is preferred because it cuts the procedure time in half and reduces costs for patients, as well as trips to the clinic.

Seminal studies from more than ten years ago found hypofractionated whole-breast radiotherapy to be as safe and effective as the conventional approach. The studies, however, did not include many young patients, due to breast cancer being less common in women under 50, calling into question whether or not they applied to women below this age.

Another worry was possible late side effects of radiation, including hardening of the breast tissue, breast shrinkage and skin changes. These can lead to cosmetic issues developing over time, such as scarring and loss of skin elasticity.

Gerber says that hypofractionation has the potential to become a standard option for breast cancer treatment.

“There’s some evidence that the acute toxicity is less than with conventional fractionation, and so I hope that practitioners around the country and around the world adopt this radiation fractionation for early stage breast cancer,” she said.

ASTRO is set to publish updated guidelines on hypofractionated whole-breast radiotherapy in the coming months.