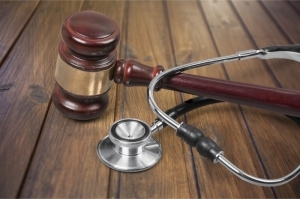 AnMed Health will pay the U.S.
government close to $8 million to settle
a lawsuit that alleges it violated
the False Claims Act
AnMed Health, a not-for-profit South Carolina health system and affiliate of the Carolina Health Care System (CHS), has agreed to pay close to $8 million to the U.S. government as part of a settlement with the U.S. Department of Justice over a False Claims Act lawsuit.

The suit alleges that AnMed Health violated federal law by submitting false claims to Medicare and other federal payors, stating that physicians were present in the supervision of radiology and oncology services. The allegations within the suit were brought forth by whistleblower Linda Jainniney, a former radiation oncology manager for AnMed Health.

“A physician should not bill for his services if he is not there,” Mr. Raymond Moss, Ms. Jainniney’s attorney and a partner of Moss & Gilmore LLP, told HCB News. “Risks of adverse and improper treatment, excessive and/or unnecessary radiation treatment exposure and adverse reactions are not insignificant for a critically ill patient population. Government insurance is billed tens of thousands of dollars for the treatments.”

The False Claims Act prevents individuals and companies from defrauding the government, allowing individuals with information on false claims or overcharges to come forward.

Jainniney filed claims on behalf of the U.S. government against the health system, CHS and other defendants, after urging AnMed management, physicians and staff, as well as CHS employees, for several years to require the presence of a radiation oncologist to oversee treatment of cancer patients.

The suit also accuses AnMed Health of using inaccurate billing codes to charge Medicare and other federal payors for emergency room nurse and nurse-practitioner services, thereby falsely suggesting that physicians were overseeing these services, and its Minor Care Facility of billing Medicare at rates for a Type B Emergency Department despite not qualifying as one.

Under the terms of the settlement, AnMed Health will pay the government $7,073,000 while agreeing to resolve the allegations against it, and has entered into a Corporate Integrity Agreement with the Department of Health and Human Services (HHS).

“We were able to reach a mutually acceptable settlement with the federal government, including a five-year corporate integrity agreement, to ensure our activities remain compliant,” Ross Norton, a spokesperson for AnMed Health, told HCB News in a statement. “We are glad to report that the billing errors were largely technical and did not compromise the quality of the care delivered at AnMed Health. We also were pleased that neither our review, nor that of the HHS Office of Inspector General, revealed any intentional misconduct or criminal wrongdoing.”

AnMed Health recently reached another settlement in June, in which it agreed to pay HHS $1,295,000 over allegations of violating the Emergency Medical Treatment and Labor Act (EMTALA) by holding people with psychiatric conditions in its emergency room instead of admitting them as inpatients. The settlement is the largest to date under the EMTALA.

It will pay Jainniney $850,000 to resolve her claims of retaliation under the False Claims Act. Of the amount paid to the government, Jainniney will be awarded $1.2 million.

Moss says that he hopes that the case encourages providers to make sure that physicians are present to oversee treatment and care for patients.

“The physician has to show up and be present for patient care, particularly for critically ill and fragile patients. It’s that simple.”