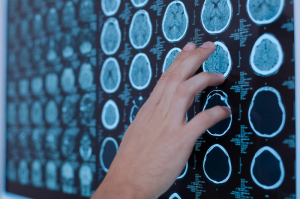 That is the claim made in a new study that asserts that ultrasound alone may not be sufficient in detecting brain abnormalities in fetuses of expectant mothers exposed to the Zika virus, and that such women should seek additional verification through an MR scan. The findings of the longitudinal neuroimaging study were presented at IDWeek 2017.

“Fetal US is an excellent tool for evaluation of the brain size, the ventricular size, head growth, but cannot provide the level of detail about brain structures that MR offers,” Dr. Sarah B. Mulkey, a fetal neonatal neurologist at Children's National Health System and the lead author of the study, told HCB News. “Fetal brain MR can assess more detailed structural brain abnormalities that may not be seen by US. Fetal MR also can detect more subtle brain alterations earlier in the pregnancy. Fetal brain measurements and evaluation of the brain structures are also less affected by fetal position in MR than in US.”

Zika virus infection in pregnancy can damage fetal brains in 6 to 15 percent of cases, with babies exhibiting a variety of defects including microcephaly due to reduced fetal brain growth and damage to developing brain cells, intracranial calcifications, ventriculomegaly, abnormal brain folding patterns, atrophy of the cerebellum and spinal cord abnormalities.

Researchers examined 48 expectant mothers who were exposed to the virus during their first or second trimester. Infections were confirmed using a reverse transcription polymerase chain reaction to detect Zika fragments and Immunoglobulin M testing to identify antibodies produced by the body to neutralize the disease.

All participants underwent at least one diagnostic imaging exam, receiving an initial MR or ultrasound scan at 25.1 weeks into their pregnancies. A second MR exam was performed on 36 women at roughly 31 weeks.

Three pregnancies showed abnormal fetal signs during MR exams. One fetus was diagnosed with heterotopias and abnormal cortical indent despite the ultrasound detecting normal brain development. Another was diagnosed with parietal encephalocele, an uncommon skull defect, and Chiari malformation Type II, a life-threatening structural defect at the base of the skull and cerebellum. The ultrasound for this also detected these abnormalities.
1(current)
2