With X-ray reimbursement on the line, four health systems move toward portable DR


Also unlike CR cassettes, the technologist can adjust the DR detector if it isn’t positioned correctly without having to remove it. That’s also more convenient for the patient because a CR cassette is not constantly being placed behind their back or underneath their abdomen.

But when a hospital implements any new technology, it’s usually met with a set of challenges. In the case of Meriter, the physicians didn’t want to wait for the radiologists to call them with results because they could see the images immediately on the portable screens.

“It was a learning curve,” says Knoll. “They still have to follow protocols whether the physician or surgeon doesn’t want a phone call back from the radiologist.”

In addition, the technologists didn’t realize that the portable DRs are wireless, so they thought the equipment had to be plugged in to send images. Knoll says it was amazing to them that they could press a button and send the images wirelessly to the PACS.

“With DR, the technologist takes the image and sends it right to PACS,” she says. “The radiologist looks at it and already the surgeons and physicians are looking at it within five minutes. You shave off at least five to 10 minutes, if not more.” 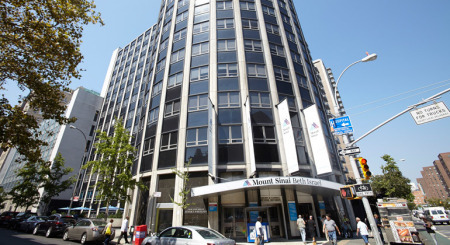 Mount Sinai
New York City’s Mount Sinai Health System also realizes the benefits of DR, but isn’t yet ready to make the leap to a fully digital portable X-ray fleet. The health system has DR rooms in the emergency department, but many of its portable machines are still CR-based.

That’s largely due to financial constraints, according to Dr. Corey Eber, assistant professor of radiology at the Icahn School of Medicine at Mount Sinai.

“[The technology] is less expensive than it used to be, but a portable DR machine is still a couple hundred thousand dollars,” he says.

The health system has implemented portable DRs in the departments that have the highest demand for stat X-rays. That includes its intensive care units, especially the one that’s dedicated to cardiac surgery.

The technologists are able to conduct more exams on the portable DRs in a shorter amount of time. The average turnaround time has also drastically improved, which the referring physicians and nurses appreciate.

“We don’t have that many machines right now,” says Eber. “There might be a time when we see there are greatly improved efficiencies from having all DR and we may need fewer [technologists], but I don’t think we’re at that point. It’s just not a critical mass.”
1
2
3(current)
4