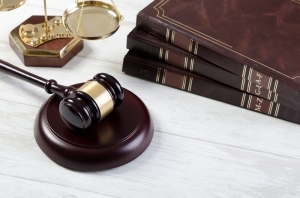 The Court of Appeal of Nantes
rejected Varian's attempt to have the
University Hospital of Tours' purchase of
Accuray's TomoTherapy System cancelled
A European court has rejected an appeal filed by Varian Medical Systems against a French hospital over its choice of medical devices for the treatment of cancer patients.

The Court of Appeal of Nantes in France ruled against Varian’s attempt to have the University Hospital of Tours' (CHU) purchase of Accuray Incorporated’s TomoTherapy System cancelled. The decision marks the final verdict in a case involving a series of motions and appeals filed by Varian against the facility.

“Throughout the various lawsuits, Varian claimed that they had been unduly restricted from the tendering procedure because, according to Varian, their devices could offer a technology similar to the Accuray TomoTherapy System,” Birgit Fleurent, chief marketing officer at Accuray, told HCB News. “The Court has confirmed all previous rulings and rejected Varian's claims.”

The court of appeal ruled that the tender award in favor of TomoTherapy Europe was valid and that the administrative documents regarding the tender defined the medical needs of CHU Tours sufficiently.

It also declared the TomoTherapy system to be the only radiation therapy device that administers a continuous helical delivery of radiation from 360 degrees around the patient, a method for delivering image-guided IMRT which enables optimal modulation of dose and the irradiation of large fields without the need to reposition patients.

Such a technique, it said, is recommended by the French National Authority for Health (HAS) in treatment for craniospinal irradiations, in cases involving pediatric tumors and for total body irradiation in the treatment of blood tumors; and that Varian failed to prove its technology could meet the clinical needs of CHU.

“The ruling is important because it emphasizes a clinical team's right to select the radiation therapy system they feel best meets the needs of their facility, team and patients,” said Fleurent. “It highlights the importance of the clinical team's voice in the purchasing decision. With regard to this specific verdict it reinforces the unique, differentiated benefits provided by the TomoTherapy platform, including both TomoTherapy and Radixact Systems.”

Varian first filed a claim in May 2014 to request the cancellation of the tender award for the TomoTherapy System in a motion that was dismissed soon after. The company appealed the decision to a higher court, which rejected it. Another suit was then filed in the administrative court and followed by an appeal to the Court of Appeal of Nantes.

Varian expressed disappointment over the verdict. "We respectfully disagree with the court's decision,” Varian told HCB News. “We are focused on our business moving forward and will have no further comment on this case."

CHU Tours is the first hospital in France to adopt the TomoTherapy System and CyberKnife System. It did not respond for comment.