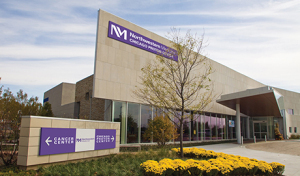 That is the possibility raised in a new study presented by researchers from the Northwestern Medical Chicago Proton Center at the 4th Annual Particle Therapy Co-Operative Group North America (PTCOG-NA) Conference on October 25, in Chicago. The authors of the study hope their findings will prompt insurance companies to enroll patients in PARTIQoL, a randomized trial for evaluating quality of life in both sets of patients.

“A lot of the insurance companies have said they won’t pay for the treatment of prostate cancer at all with proton therapy,” Dr. William Hartsell, the lead author of the study and medical director of the Northwestern Medicine Chicago Proton Center, told HCB News. “Some of the reasons they said have been because it’s experimental, even though there are thousands and thousands of men who have received proton therapy for cancer, and that there is no evidence that it’s better. Well, this is some evidence that there’s a possibility that this is better, and I think that should spur the completion of PARTIQoL.”

Proton therapy administers the energy of protons into the tumor and then stops the dose, compared to conventional radiation which deposits dose beyond the tumor.

The researchers examined records from the Medicare and Surveillance, Epidemiology and End Results (SEER) national databases of more than 28,000 IMRT patients and 851 proton patients who underwent treatment between 2006 and 2012.

The five-year overall survival rate was 93.25 percent for proton patients and 88.43 percent for IMRT patients. The rate was slightly greater for the matched group of intermediate risk patients, with proton recipients at 93.65 percent and IMRT at 88.27 percent.

Incidents of complications in the bladder, endocrine and other areas were also found to be fewer in proton therapy patients, along with the occurrence of secondary malignancies, with a rate of 10.5 percent for IMRT patients and 6.1 percent for proton therapy at five years.

Hartsell thinks the findings will support the completion of the PARTIQoL trial, with the outcome of that trial hopefully encouraging insurance companies to change their evaluation standards for proton therapy coverage.

“I’m hoping that the criterion disappears and we can decide things on the merit of the treatment,” he said. “That’s why this randomized study is so important in showing a significant difference in the outcome. If there’s a difference in outcome, for example, second malignancies and different side effects, then even though the proton therapy may be more expensive initially, it may be less expensive in the long-run.”