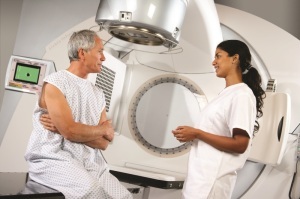 Romanian Minister of Health Florian Bodog signed the agreement in a ceremony held in the main government office, permitting the replacement of obsolete cobalt systems in exchange for one Elekta Infinity and four Elekta Synergy Platform linear accelerators, with the additional implementation of software for treatment planning and oncology information systems.

Romania retains one of the lowest rates of accelerator penetration per 1 million people in the European Union.

The equipment will be installed at the Constanta, Galati and Baia Mare county hospitals, the Bucharest Oncology Institute, and the Elias Emergency University Hospital.

The addition of the linacs will allow physicians to deliver high-accuracy radiotherapy for tumor treatment and ensure improved workflow. They will also be closer to the homes of patients, ensuring higher accessibility and throughput.

Elekta recently agreed to install the first-ever radiation therapy system in the Kingdom of Bhutan at the National Referral Hospital, the largest hospital in the kingdom.

Linear accelerators were first licensed for use in Romania 15 years ago. The recently-ordered Elekta accelerators have been licensed since 2008.