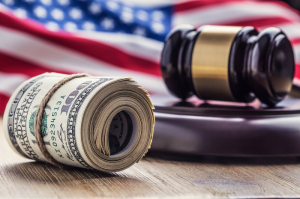 Dr. Ronald Grusd was convicted of
bribery and fraud for making
illegal payments for patient referrals
and billing insurers millions
A federal jury has convicted a California radiologist and two of his corporations on fraud and bribery charges regarding kickbacks he paid for patient referrals and the illegal billing of over $25 million to insurance companies.

“A patient entrusts his life to his physician,” U.S. Attorney Adam Braverman said in a statement. “A doctor’s medical decisions should be based on the best interest of the patient, not the highest bidder. The jury has found that Dr. Grusd perverted that sacred relationship by buying and selling patients – oftentimes on a per-body-part basis – for his own personal enrichment.”

Evidence brought against Dr. Grusd alleged that he negotiated kickbacks with various individuals, including a primary treatment physician, in exchange for patient referrals from multiple clinics in San Diego and Imperial counties for various medical services, including MR and ultrasound scans, shockwave treatments, toxicology testing and prescription pain medications.

Following these services, California Imaging Network Medical Group would bill insurance companies while concealing the paybacks from them and patients. Willows Consulting Company would deliver the payments to those directing patient referrals.

Records show that Grusd paid over $100,000 in bribes made on a per-patient or per-body-part basis, and along with his companies, filed tens of thousands of liens since 2009 in the California Workers Compensation System, seeking reimbursements for hundreds of millions from multiple insurers. Any outstanding liens to date have been stayed and will be sent to lien consolidation for dismissal proceedings.

Grusd and his corporations were indicted by a federal grand jury in November 2015 following arrest as part of Operation Back Lash, an ongoing, long-term proactive health care fraud investigation targeting corruption and fraud in the California Workers Compensation system.

Also indicted were Grusd’s administrator Gonzalo Paredes who is scheduled to appear for a re-trial on January 4, 2018 following failure by a jury to reach a unanimous verdict, and four other defendants who have since pleaded guilty and are cooperating with the investigation while awaiting sentencing.
1(current)
2