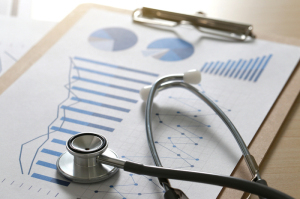 Key drivers behind the global adoption of digital pathology include a shortage in pathologists and a rise in cancer cases. The World Health Organization estimates a 70 percent rise in the number of new cases over the next two decades.

Such solutions are expected to enable physicians to evaluate second opinions on critical cancer cases quickly and pharmaceutical companies to remove bias and provide quantifiable results.

Yet, approval for these devices did not extend to primary diagnosis until April 2017 when Royal Philips received FDA clearance for its Philips IntelliSite Pathology Solution. This approval is expected to garner greater adoption of digital pathology in primary diagnosis with further approval of WSI scanners projected in the next three to five years, raising competition in the process.

It also will enable diagnosis to play a role in contributing to revenue, a significant portion of which currently comes from the U.S. research segment.

Another recent market analysis released by Reportlinker estimates the digital pathology market to reach $756.1 million by 2022 with growth attributed to a rise in cancer, a greater number of applications in drug development and companion diagnostics, ease of consultation, increasing adoption of digital pathology for enhanced lab efficiency, and increasing initiatives by governments and industry players.

Digital pathology, according to the Reportbuyer report, enhances productivity among pathologists by 10 to 15 percent, improving efficiency among providers, though market growth is restrained by the high costs of these solutions, particularly for the small-to-mid-sized laboratory segment.

However, partnerships among vendors and new business models are expected to ease this burden.