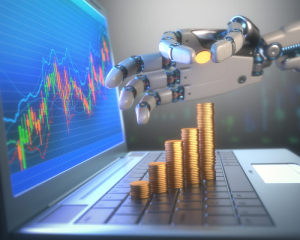 Growth in the market is expected to more than double from its estimated 2016 worth of $4.9 billion at a compound annual growth rate of 21.1 percent, with the rise attributed to advantages of robot-assisted training in rehabilitation therapy, technological advancements and growing hospital investments in medical robotics, increased funding for medical robot research and issuance of IPOs by medical robot companies.

Projections for the global market are based on product, application, and region, with the term product referring to instruments and accessories, which are estimated to have accounted for the largest share of the market in 2016.

The surgical segment commanded the largest share of the medical robotic systems market in 2016, crediting its growth to minimally-invasive surgeries, growing obesity, and high precision of the surgery. Laparoscopic surgeries held the largest share for this segment, with other shares belonging to orthopedic surgeries, neurological surgeries and steerable robotic catheters.

Though North America currently dominates the market, the highest growth rate is projected to take place in the Asia-Pacific region due to a rise in the number of approvals for robots in medical use in Japan, the rising prevalence of cancers in China, growing robotic procedures backed by an increase in hospital beds in India, rising adoption of medical robots in Asia, funding collaborations across the Asian region and training programs in Australia.

The past year has witnessed multiple innovations in the use of medical robotics, including the performance of the world’s first super-microsurgery with the Eindhoven's Microsure surgical robot for suturing .3 to .8 vessels in a patient’s arm and the successful completion of the first gynecologic, colorectal and urologic single port robotic procedures using Titan Medical’s advanced prototype SPORT Surgical System.

Despite these innovations, the market will still be restrained by safety concerns over robotic surgery devices, along with the high cost of robotic systems and unjustified cost benefits of robotic surgeries. However, rises in the aging population, the development of nanorobots for cancer treatment, and the rising patient preference for minimally-invasive surgeri eswill offset this and help enhance growth.

Another Research and Markets Report in September projected a higher worth of $20.56 billion for the medical robotics market by 2022 while one in July expected it to reach $17.58 billion by 2023.

The report defined application on the basis of laparoscopy, orthopedics, neurology, special education, and other areas, but also evaluated the competitive landscape and incorporated information from in-depth interviews with CEOs, sales and marketing directors, other innovation and technology directors, and executives from key organizations within the market.