New technique may pave way toward much lower-cost MR technology 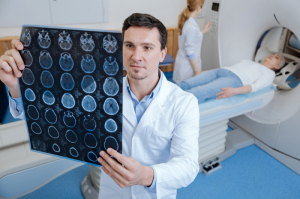 Researchers at the University of York have discovered a new method for enhancing the magnetism of such molecules that they proposed could increase visibility during MR scans and allow for superconducting magnets to be replaced with smaller, cheaper magnets or possibly even the earth’s magnetic field.

“It offers a route by which low magnetic field scanners become viable,” Professor Simon Duckett from the Centre for Hyperpolarisation in Magnetic Resonance at the University of York, told HCB News. “These could take the form of scanners using permanent magnets, or potentially even the Earth's magnetic field.”

Current hospital scanners only effectively detect one in every 200,000 molecules, making it difficult to retrieve a full image. Though improved MR devices are under testing in multiple countries, the superconducting magnet makes them bulky and worth millions.

Using ammonia as a carrier, researchers transferred the “invisible” magnetism of parahydrogen, a magnetic form of hydrogen gas, into molecules such as glucose, hyperpolarizing them without changing their chemical composition.

The non-harmful, magnetized molecules could then, according to the researchers, be injected into the body, where they could be visualized with their hyperpolarization eliminating the need for a superconducting magnet.

If successful, the approach could produce molecular responses in real time with the low-cost, nontoxic nature of the technique allowing for regular and repeated scans.

Physicians could also offer personalized treatment and perform imaging in places such as GP practices or operating rooms, potentially on tablets or smartphones. The technique would especially assist developing countries that lack the infrastructure and uninterrupted power supplies to operate conventional scanners.

“It is likely that the 'methods that become possible' will move into mainstream MR where they may open up a much wider patient base,” Duckett said. “There may still be a need to use the current range of scanners in conjunction with this approach to produce the highest level of information content but it is certainly feasible to think of lower-field scanners being used more widely to screen in the first instance.”

The approach could benefit sectors outside of health care too, including the chemical and pharmaceutical industries, as well as environmental and molecular science.

The findings were published in Sciences Advances.