Should we let the tail wag the dog? 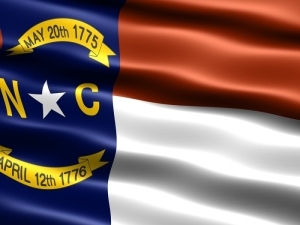 North Carolina's state flag
Today I was in North Carolina on a business trip. Before going, I wrote to Codi Nelson, a BMET III with Crothall and president of the North Carolina Biomedical Association, to see if he was available to have lunch. I heard Codi speak at the NCBA's annual symposium and after that he was interviewed in our magazine and I wanted to say thank you to him.

Sheila O'Donnell, Crothall's Technical Resources Group VP, was in town and joined us, as did Brad Bennett, Chuck Braswell and Barry Heffneralle, three engineers who work with Codi.

The discussion eventually turned to the FDA and its ongoing examination of third-party equipment service, a topic that has been on the minds of so many people in the industry. From there we turned to the more big picture challenges that all of us are facing in the health care space.

DACA is another issue we addressed. I raised the point that I recall that there are 800,000 children affected by DACA. That's 800,000 out of 320 million people in the U.S... That is significantly less than one percent. Forget for a moment about whether or not it is right to send back young people who do not speak the local language, understand the local culture and who are otherwise not equipped to live outside the U.S... I asked the question, where should we be focusing our energy?

Should we spend it on a issue that affects less than one percent of the population or on health care which impacts almost all of us?

None of us have a magic bullet but you have to agree that this topic should be on all of our minds.