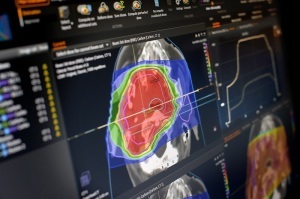 The new installation will be the first carbon ion-related one for RayStation in the East Asian country, and will be run out of Yamagata University Hospital in conjunction with a treatment delivery system designed by Toshiba.

The TPS in question will be the RayStation 8 platform, due for release in December 2018.

“For Yamagata University, it was very important to have the carbon facility closely integrated with the existing hospital,” Johan Löf, president and CEO of RaySearch Laboratories AB, told HCB News. “As RayStation is a true multimodality system, it is well suited to support the needs of the radiation oncology services at Yamagata University.”

An advanced form of radiotherapy, carbon ion therapy targets cancer cells with minimal damage incurred to surrounding tissue. The technique uses a carbon ion beam to effectively destroy cancer cells and attack cancers resistant to X-rays. Beams are accelerated up to 70 percent of the speed of light and treatment time is shorter than other forms of radiotherapy.

The RayStation TPS will consist of modules for carbon pencil beam scanning, with robust biological optimization using both MKM and LEM models. It also will include deformable registration, dose tracking and adaptive technology.

The facility itself will be composed of two treatment rooms, a fixed-port room and a 360-degree rotating compact superconducting gantry, all designed by Toshiba.

It will be one of the few hospital-integrated carbon ion installations, as well as the most compact one in the world with a gantry for carbon ions.

Löf predicts that with the installation will come additional features over time at the facility.

“We foresee a future expansion of the RayStation footprint at the site to also include photon planning for both linacs and TomoTherapy machines,” he said.

The clinical start of the facility is expected for January 2020.

RaySearch plans to seek, and expects approval for RayStation by the Pharmaceuticals and Medical Devices Agency of Japan before then.