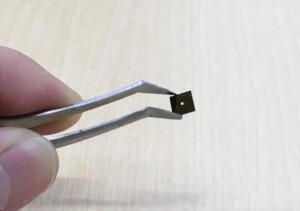 The international research project has culminated in an approach that converts nuclear magnetic resonance (NMR) radio-frequency signals into optical signals, creating the potential to increase the sensitive analysis of conventional NMR with possible utilization in higher-accuracy chemical analysis and MR imaging.

“Our new approach using light is still in the very early stage of development, but potentially offers better sensitivity compared to the conventional electrical detection,” Kazuyuki Takeda, a co-author of the paper on the new light-detection scheme for NMR, told HCB News. “This would mean shorter measurement time is required to obtain the anatomical images, reducing the load to the patients. In addition, successful improvement of our method in the future would lead to improving the resolution of the image, since it is limited mainly by the sensitivity.”

MR imaging is a branch of NMR spectroscopy in which signals originating from atomic nuclei are arranged to include their spatial distribution, enabling reconstruction of anatomical images in a noninvasive manner.

NMR measurements rely on amplification of electrical signals at radio frequencies, pulling in extra noise, which limits the sensitivity of measurements.

The approach utilizes a new hybrid quantum conversion technology built into NMR to create a device that connects electronics to mechanics and then to optics. The three are connected to one another by an elastic membrane of silicon nitride.

Researchers then vacuum-deposited a metal layer on to the membrane, creating a capacitor that, when combined with an inductor, forms a resonator for detecting NMR signals. They also constructed an optical cavity that uses the metal layer as a mirror.

Incoming electric NMR signals then shake the membrane, creating motion detected by an optical interferometer that comprises the optical cavity.

Takeda says the new approach has the potential to become a standard resource in MR scanning, “provided that challenges, such as cost and stability, required to bring it to clinical applications,” are overcome.

The paper was published in the February issue of the journal, Optica.