Is proton therapy out of reach for pediatric patients? 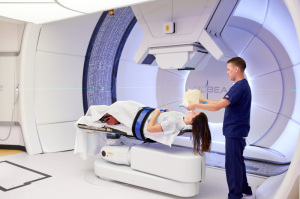 Approximately 150 cancer patients from the U.K. pack their bags each year for a two-month stay in the U.S., seeking treatment at one of its 26 proton therapy centers.

Many experience distress during this time away from home, feeling displaced from family and friends as well as a sense of culture shock and worry over time away from work and the gravity of their disease.

But for these patients, the choice to pursue proton therapy requires traveling abroad because no such facilities are up and running as of yet in their native U.K.

Since proton therapy facilities are few and far between, patients who live in the U.S. may share those same sentiments over having to leave their homes and jobs to seek treatment in different parts of the country.

And unlike the British government, which will pay for the costs of lodging and loss of work in addition to treatment, American insurers will only spend on the latter, leaving the burden of other financial obligations on the patients themselves.

“Simply staying in a hotel room for two months is one of the most difficult aspects I’ve seen in trying to provide proton therapy access to some of my patients,” Dr. Andrew Chang, medical director of pediatrics at the California Protons Cancer Therapy Center, told HealthCare Business News. “They want to come, their insurance may cover, but there are no resources available for those ambulatory services.”

The situation is even more complex with child patients, where the costs of accompanying family members, missed school and care for siblings add to the burden of travel.

Consequently, many children eligible for proton therapy take the conventional route of radiotherapy, where there is a greater chance of incurring side effects that may have a permanent impact on their development and adult lives.

Mitigating a lifetime of problems
Proton therapy has boomed in the last 15 years, growing from three facilities to 26 in the U.S., with eight more under construction and plans in the works for another 15.

Three facilities are being built in the U.K., and all over the world countries are in the midst of constructing and expanding access to proton therapy.

For children in particular, this could mean a welcome opportunity to reduce the occurrence of side effects incurred from conventional radiotherapy, which studies show could induce secondary cancers decades after treatment. More immediate concerns involve irreversible, long-term effects that radiation can have on development and growth in young children, such as growth disorders, neurocognitive toxicity, ototoxicity with impacts on learning and language development as well as renal, endocrine and gonadal dysfunctions.
1(current)
2
3
4
5